To get through competitive exams for studying abroad, you need to clear certain tests in India itself which give you the certificate to be fit for studying there. 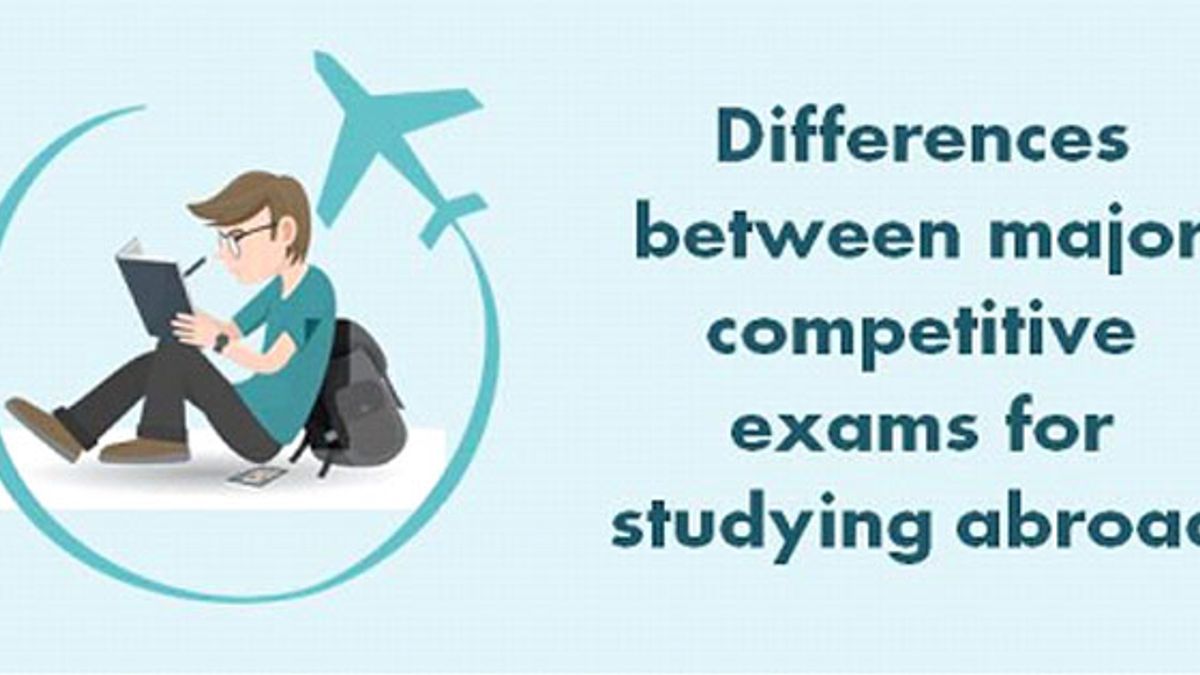 Going to study abroad for higher studies is a quite lucrative idea for a large number of Indian students. But it comes with many challenges of its own. One of the major hurdles being the sky-rocketing costs of these foreign study programs. However, many are of the belief that the brand, exposure and the quality of education one receives there makes is all worth it. But then comes other issues such as that of passport and immigration complexities. And even we were to keep all these complexities aside for the time being there is still the question of clearing certain entrance test to be merely eligible in colleges of your interest. Exams like SAT, GMAT, GRE, ILETS, TOFEL etc. are required for admission in various colleges and universities across the globe. Many times, students get confused between two similar exams and are unable to decide which best suits their needs. Hence, in this article, we have discussed the major difference between some common entrance exams.

Both the GRE and GMAT exams are the meant for the students who are looking to pursue a masters level course in some foreign university.

GMAT exam is specially designed for business schools to assess MBA aspirants for the skills essential for admission in a graduate management business program. Over 2,00,000 lakh business school candidates take GMAT exam every year. Analytical writing, problem solving abilities with logic and critical reasoning skills are some of the skills that students are tested upon in this exam.

Prospective graduate and business school applicants from all around the world who are interested in pursuing a master's be it in MBA i.e. a specialized master's in business or pursue doctoral degree have to take the GRE General Test. Applicants come from varying educational backgrounds and the GRE General Test provides colleges with a common measure for comparing candidates' qualifications.

Validity of Score: Both the exam score are valid for 5 years after the testing year. But in the case of GMAT exam some universities have their own set of rules on the exam's score validity limit.

Both these exams are for testing proficiency in English but students are often confused with regards to their applicability.

IELTS: The International English Language Testing System (IELTS) measures the language proficiency of people who want to study or work where English is used as a language of communication. It uses a nine-band scale to clearly identify levels of proficiency, from non-user (band score 1) to the expert (band score 9).

TOEFL: The TOEFL test is the most widely respected English-language test in the world, recognized by more than 10,000 colleges, universities and agencies in more than 130 countries, including Australia, Canada, the U.K. and the United States. Wherever you want to study, the TOEFL test can help you get there.

Validity of Score: Both the exams have a validity limit of 2 years after the test date.

SAT: The SAT is a standardized test widely used for college admissions in the United States. The SAT is owned, developed, and published by the College Board, a private, not-for-profit corporation in the United States. SAT assesses a student's academic readiness for college to enroll in under-graduation courses by testing the student's knowledge of reading, writing and mathematics.

ACT: The ACT test is the most popular college entrance exam accepted and valued by all universities and colleges in the United States. The ACT is based on what students learn in high school and provides personalized information about their strengths for education and career planning.

Retake Attempts - You can take both the exam as many times as you wish, except that some schools judge you by the score in all of your attempts.

We hope that above mentioned information will help clear any doubts or confusion that you have regarding these popular tests required for studying abroad. You can opt for the right kind of exam based on the various factors that such as that of exam format or the what type of course you are interested in pursuing. Please do share the article with your friends and peers who are interested in studying aboard. And for more such articles please visit, www.jagranjosh.com/college. Alternatively, you can also get them directly in your inbox by submitting your email-id in the box below.