Questions on line graph are often seen in the CAT Exam and other important management entrances as well. These questions are important not just for the quantitative aptitude section but also for the Data Interpretation Section as well.

Practice the question on line graph in order to get a good percentile in your targeted management exam. 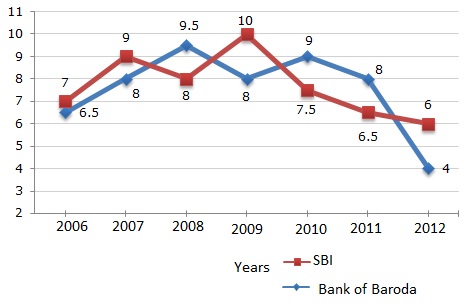 1. A sum of Rs. 3.65 lakhs was deposited with SBI in 2010 for one year. How much more interest would have been earned if the sum was invested in Bank of Baroda?

4. A household invested a sum of Rs 23 lakhs in Bank of Baroda 2008. The total amount received after one year was re-invested in the other bank for one more year. The total interest received by the household on his investment was?

Directions (Q.6-10): study the graph and answer the question. 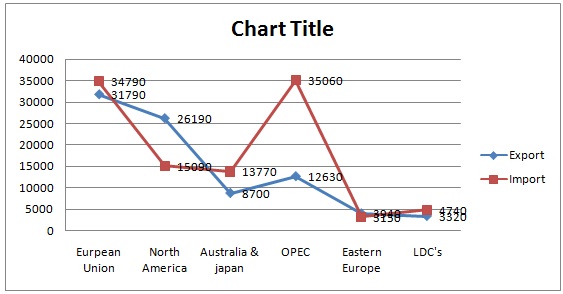 6. What percent is export of OPEC to import from OPEC?

7. Which country has minimum difference of export and import?

8. Difference of export to Eastern Europe and LDC is approx what percent of difference of imports from these?

10. Imports from OPEC, Eastern Europe & LDC are what approx percent of the total Indian Export?

In this section we will explain the rationale for choosing the answer pertaining to every question. After practicing these MCQ(s), you would be able to understand the concepts of Line Chart. 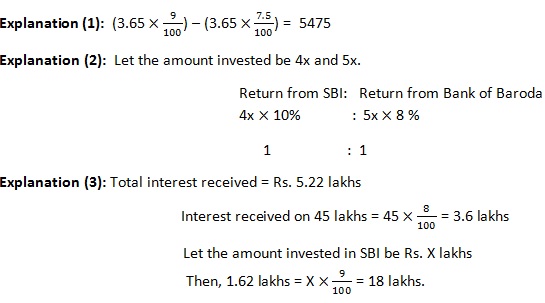