MBA General Awareness for 06 May to 12 May

General Knowledge is an important section in the management entrance exams. If you are aware of the current happening of the past 1 year then answering the questions from this section is a cakewalk. The current GK quiz for the week beginning from 06 May to 12 May will test your awareness on latest happenings taking place at both national and international level.

General Knowledge is an important section in the management entrance exams. If you are aware of the current happening of the past 1 year then answering the questions from this section is a cakewalk. The current GK quiz for the week beginning from 06 May to 12 May will test your awareness on latest happenings taking place at both national and international level.

Read the questions on topics such as: international days, award, and accolades distributed to eminent personalities in the field of sports and other important areas. In addition, you will also find interesting questions on milestones achieved in the field of Science and technology etc. Take the quiz and test your GK for the upcoming management entrance exams.

1. Name the country in which cultural festival is being organised by India to mark the 156th birth anniversary of the famous Indian poet, Rabindranath Tagore?

2. Which country has got its youngest President named Emmanuel Macron? 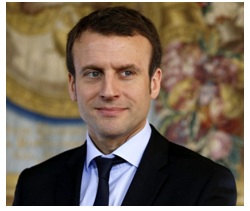 3. Who is the director of the movie Baahubali 2: The Conclusion?

4. Chief Minister of which announced that in second week of May 2017 all illegal slaughter houses in the state will be closed down soon?

5. Who has been appointed the new chairman of the Indian Council of Social Science Research (ICSSR)?

6. Which Indian actor was conferred the award for outstanding achievement in Cinema posthumously at the 7th annual Asian Awards?

9. Where was the fossil of this last living African dinosaur species ‘Chenanisaurus barbaricus’ was discovered in a phosphate mine? 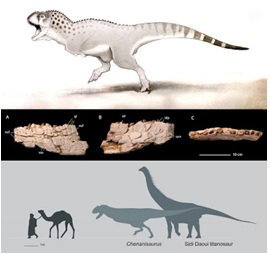 11. Justice Leila Seth, the renowned jurist who passed away, was the first woman chief justice of which court?

12. Name the country that was recently elected as the President of the UN-Habitat?

13. Who among the following has topped Sunday Times Rich List 2017?

b) David and Simon Reuben

14. Name the footballer who was recently named for the FWA Footballer of the Year?

15. Who among the following India-born Sitar maestro has passed away recently in Karachi?

16. Which country will host the 26th session of the Governing Council of UN-Habitat-2017?

17. Name the Indian state whose residents will soon have a smart house ID?

19. Name the FBI director who was recently fired by US President Donald Trump?

c) Both of the above

21. Which Indian cricketer has recently became the highest wicket-taker in Women’s One-Day Internationals?

a) Spread Your Wings for Bird Conservation

c) Their Future is our Future

23. Who among the following has recently sworn-in as the President of South Korea?

25. Name the Indian city would be hosting the biggest ever International Yoga Day event on 21 June 2017?

26. Name the Indian wrestler who won a bronze medal in the Greco-Roman weight divisions in 80kg category on the opening day of the Asian Wrestling Championship?

27. Who among the following has been appointed as Pakistan’s High Commissioner to India?

28. Which cabinet minister has launched the National Highways Authority of India (NHAI) Masala Bond at the London Stock Exchange, UK?

29. The Indian Railways will float global tenders worth over INR100 crore for acquiring EoTT equipment to run 1,000 trains without guards. What is the full form of EoTT?

a) End of Train Telemetry

b) End of Train Track

30. When is National Technology Day celebrated as a symbol of the quest for scientific inquiry, technological creativity?

You can also download our free PDF to read and practise significant GK and current affair questions for month of MAY 2017 to prepare for the management entrance exams. All you need to do is click on the link provided below and download the free eBook.

For more updates on the General Awareness, subscribe with us and stay updated with the weekly quizzes to test your GK!!