The weekly GK quiz for MBA aspirants targets those aspects which are expected in exams such as MAT, XAT, IIFT, CMAT and other management entrances. For the current week of 15 April to 21 April the GK will ask questions from topics such as BRICS film fare festival, F1 Grand Prix, Times Magazine winner, new launches, and international days of the week.

The weekly GK quiz for MBA aspirants targets those aspects which are expected in exams such as MAT, XAT, IIFT, CMAT and other management entrances. For the current week of 15 April to 21 April 2017, the GK quiz comprise of questions from topics such as BRICS film fare festival, F1 Grand Prix, Times Magazine winner, new launches, and international days of the week.

Take the test and check your GK awareness. The answer to each MCQ is given right after the question ends.

2. Which company has launched India’s first industrial-articulated robot and it goes by the name “BRABO”? 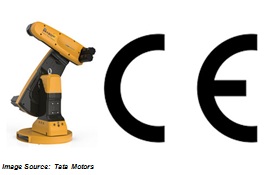 3. Who among the following has bagged both the singles and doubles crown at the Pembangunan Jaya Raya Junior Grand Prix in Jakarta?

4. Who among the following has won Time magazine's readers' poll of the 100 most influential people in the world.

8. Name the first Indian city whose railway station has been handed over to the private firm to be operated by it?

10. What was the age of the Italian woman ‘Emma Morano’ who recently died and was known to be last survivor of the 19th century?

12. Which two countries share the joint military exercise by the name of Sagarmatha Friendship?

a) India and Nepal

b) Russia and Nepal

a) B Sai Praneeth

15. Name the progressive rock and jazz fusion guitar pioneer who passed away recently?

16. On which planet NASA researchers have found evidence of ingredients needed for a habitable environment?

a) Uranus and Jupiter

b) Saturn and Mercury

17. From the off the coast of which country recently released Indian Dhow was hijacked?

a) Jammu and Kashmir

19. Which Indian state’s government has decided to provide pension to former circus artistes?

21. Which country has said that it was willing to work with all parties to achieve denuclearisation and stability on the Korean Peninsula?

22. Girish Chandra Saxena who passed away recently was the governor of which state?

24. What was the theme of World Hemophilia Day that was celebrated across the world on 17 April 2017?

a) Treatment for All, The Vision of All

b) Hear Their Voices

c) Together, We Care

25. Name the historian who was recently conferred with Dr Paduru Gururaja Bhat Award 2017?

b) A V Narasimha Murthy

26. Name the officer of Indian Railway Accounts Service (IRAS) of 1980 batch appointed as the Financial Commissioner of Railways?

a) B N Mohapatra

27. On which international day UN is going to issue special stamps?

a) International Day of Yoga

29. Name the former Indian cricketer has been named as one of the commentators for the upcoming Champions trophy?

30. Which country has abolished its 457 Visa programme which is used largely by Indians?

Register with us on the page, to receive weekly general knowledge quizzes and maintain pace with your MBA Entrance exam preperation!