NCERT Class 9 Science Chapter 9 Force and Laws of Motion is provided here in PDF format. Get here the latest edition for the current academic session 2021-2022. 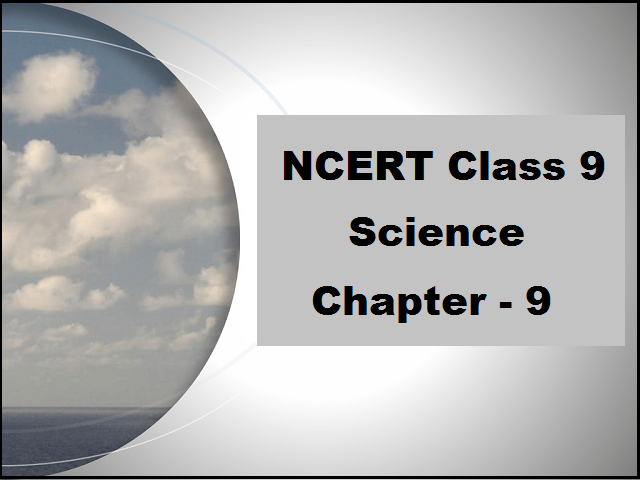 Force and Laws of Motion (Chapter 9) of NCERT Class 9 Science Book is available here in PDF format. We have provided the latest edition of NCERT Class 9 Science Chapter 9 for the current academic session. Students must download the chapter and start active preparations for the CBSE Class 9 Annual Exam 2021-2022. You can also check here the accurate and simple NCERT Solutions for the Chapter - Force and Laws of Motion.

NCERT Class 9 Science Chapter 9 - Force and Laws of Motion explains the relation between force and motion. You also get to learn the three laws of motion or Newton's laws of motion.

Major topics from the chapter are:

Download the Chapter from the following link to read the details of all the above topics:

Some important points to revise from the summary of the chapter are:

• First law of motion: An object continues to be in a state of rest or of uniform motion along a straight line unless acted upon by an unbalanced force.

• The natural tendency of objects to resist a change in their state of rest or of uniform motion is called inertia.

• The mass of an object is a measure of its inertia. Its SI unit is kilogram (kg).

• Second law of motion: The rate of change of momentum of an object is proportional to the applied unbalanced force in the direction of the force.

• The SI unit of force is kgms–2. This is also known as Newton and represented by the symbol N. A force of one newton produces an acceleration of 1 ms–2 on an object of mass 1 kg.

• The momentum of an object is the product of its mass and velocity and has the same direction as that of the velocity. Its SI unit is kgms–1.

• Third law of motion: To every action, there is an equal and opposite reaction and they act on two different bodies.

• In an isolated system (where there is no external force), the total momentum remains conserved.

Also, check the appropriate and best NCERT Solutions for the Chapter - Force and Laws of Motion from the following link:

Check below the NCERT Books and NCERT Solutions for all major subjects of Class 9: