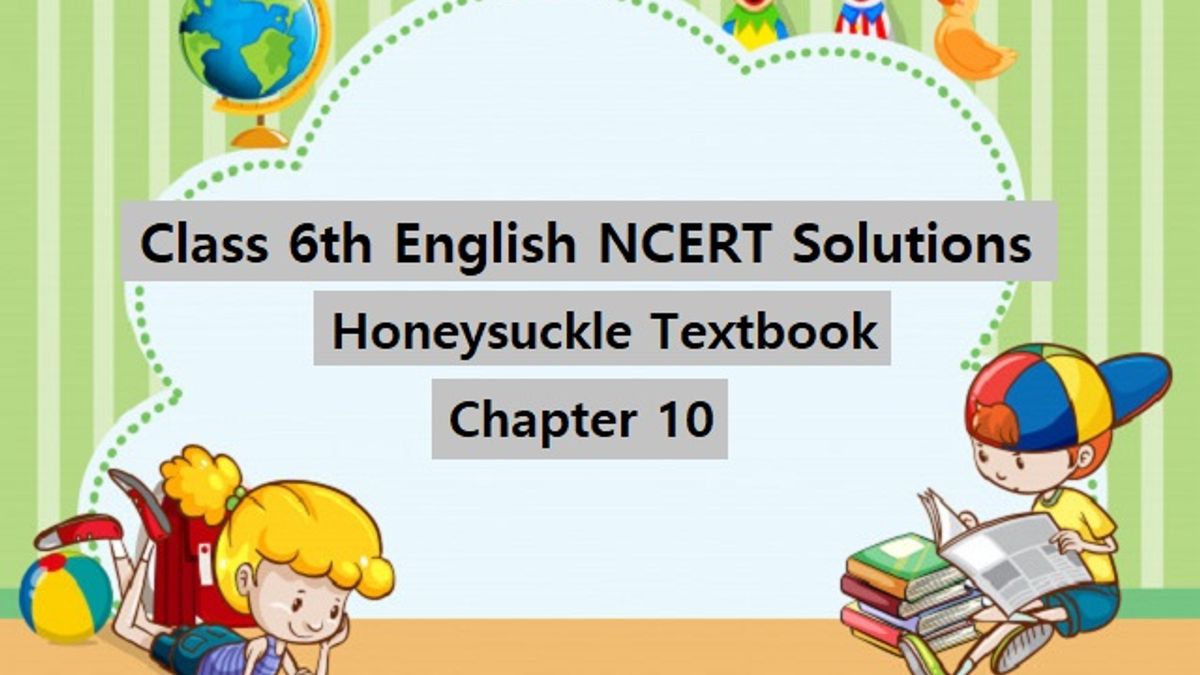 In this article, we have provided Class 6th NCERT Solutions for Chapter 10 from the English Honeysuckle Textbook. Students can use these solutions as the best source to revise the subject before the exams. These NCERT Solutions for Class 6 English can prove to be the best source for the students to self-assess their performance. These solutions are prepared by experts and cover all the questions from NCERT books. These solutions are designed as per the latest NCERT syllabus, laying emphasis on the important topics.

Ques: A. Complete the following sentences.

Answer: 1. The old banyan tree “did not belong” to grandfather, but only to the boy, because the grandfather at sixty-five could no longer climb it.

(i) What qualities did the two champions have? Pick out words and phrases from the paragraph above this line in the text and write them down.

(ii) What did the cobra and the mongoose do, to show their readiness for the fight?

(ii) To show its readiness for the fight, the cobra hissed defiance, its forked tongue darting in and out. It raised three of its six feet off the ground and spread its broad, spectacled hood. The bushing of its tail and the standing up of the long hair on its spine showed that the mongoose was also ready for the fight.

(i) In the end, the crow was flung nearly twenty feet across the garden by a blow from the cobra’s snout. The crow fluttered about for a while and then lay still.

(ii) Finally, the myna dropped cautiously to the ground, hopped about, peered into the bushes from a safe distance, and then, with a shrill cry of congratulation, flew away.

Ques: 1. The word ‘round’ usually means a kind of shape. What is its meaning in the story?

Hari leaves for work at nine every morning. He works in the local branch of the firm of which his uncle is the owner. Hari’s success is really the fruit of his own labour. He is happy, but he has a small problem. The root cause of his problem is a stray dog near his office. The dog welcomes Hari with a loud bark every day.

Answer: 1. In the story the word ‘round’ means the different stages of the fight between the cobra and the mongoose.

Ques: The words in the box are all words that describe movement. Use them to fill in the blanks in the sentences below.

Answer: 1. When he began to trust me, the squirrel began delving into my pockets for morsels of cake.

Ques: Find words in the story, which show things striking violently against each other.

Answer: 1. The cobra struck the crow, his snout thudding against its body. (15)