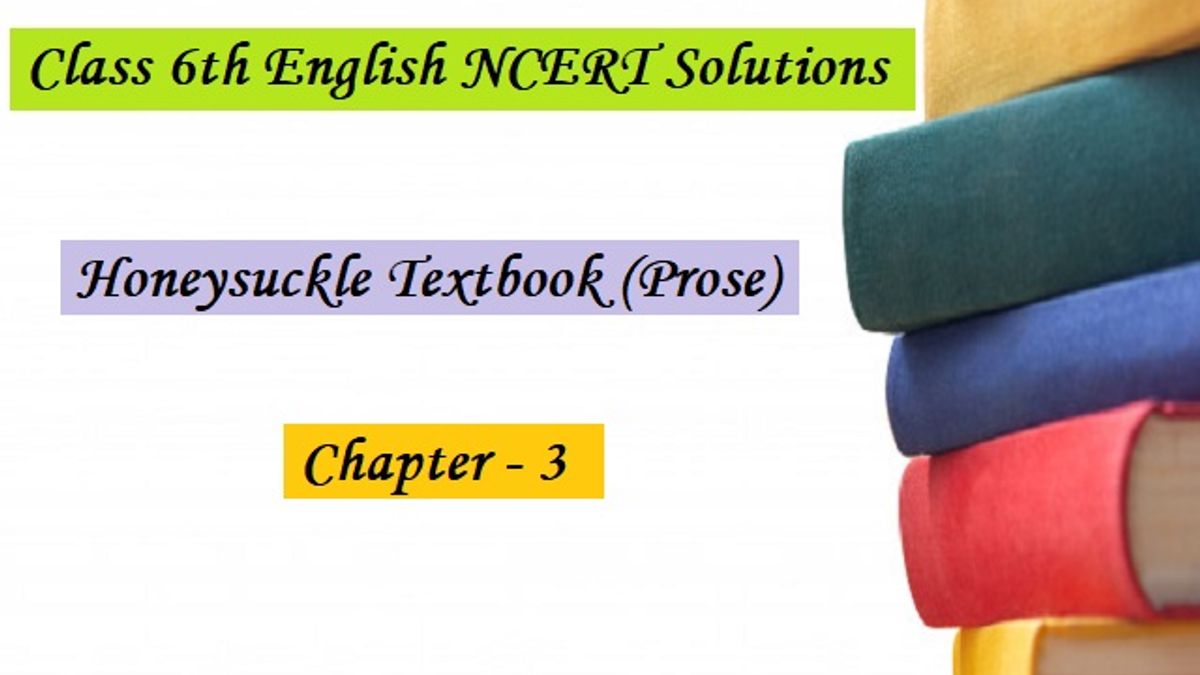 In this article, we have provided Class 6th NCERT Solutions for Chapter 3 from the English Textbook. Students can use these solutions as the best source to revise the subject before the exams. These NCERT Solutions For Class 6 English is also the best source for the students to self-assess their performance. These solutions are prepared by experts and cover all the questions from NCERT books. These solutions are designed as per the latest NCERT syllabus, laying emphasis on the important topics.

Ques: Why did Taro run in the direction of the stream? (5)

Answer: Taro ran in the direction of the stream because he was thirsty. Secondly, he had never before heard the sound of falling water in that area:

Ques: How did Taro’s father show his happiness after drinking sake? (7)

Answer: Sake gave warmth as well as energy to the old man. Taro’s father stopped shivering and started dancing. In this way, he showed his happiness.

Ques: Why did the waterfall give Taro sake and other water? (12)

Answer: The waterfall obliged Taro and changed water into sake. The reason was that he was a thoughtful son. He served his old parents sincerely. Sake was the reward for his goodness. Other people were just greedy. So they got only plain water.

Answer: The villagers went to the waterfall to collect sake. But they got only plain cold water. They thought that Taro had tricked them. So they looked for Taro to punish him.

Answer: The Emperor of Japan rewarded Taro for being good and kind towards his parents. This was the Emperor’s way to encourage all children to respect, obey, and serve their parents.

(iii)to repair the cracks in the hut.

(i)she was delighted with the drink.

(ii)she was astonished to hear

(iii)she wanted to tell the whole village about the waterfall.

Ques: Strike off the words in the box below that are not suitable.

Taro wanted to give his old parents everything they needed. This shows that he was ….

Ques: 1.‘This made Taro sadder than ever.”

(iii)Taro’s inability to buy expensive sake for his father.

(i) the most beautiful fountain in the city.

(ii)rewarding Taro with gold and giving the fountain his name.

(iii)sending for Taro to hear his story. .