In this article, students of Class 6 can check NCERT solutions for English Subject textbook (Honeysuckle) - Chapter 4: An Indian American Woman in Space 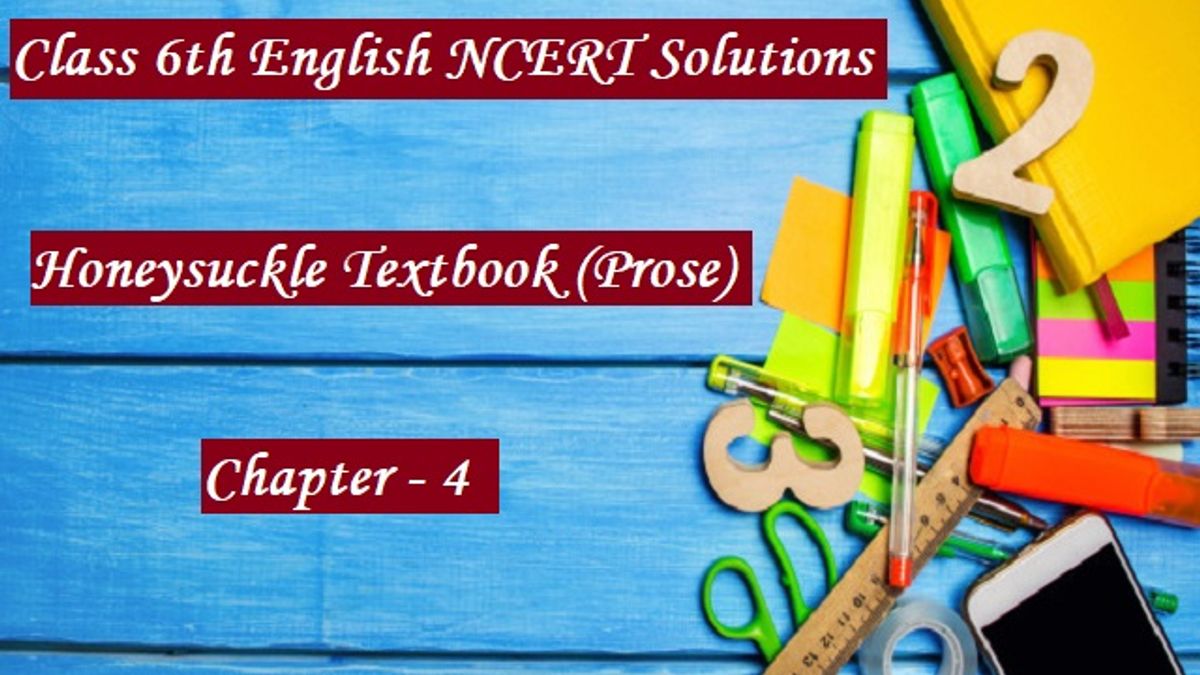 Check Class 6 NCERT Solutions for English Subject. In this article, we have provided NCERT Solutions for Chapter 4 from the English Honeysuckle Textbook. The NCERT solutions of this chapter have been provided after a detailed analysis of the latest syllabus issued by CBSE. Students of Class 6th can study the answers provided here to score well in their school exams. These NCERT Solutions For Class 6 English is also the best source for the students to self-assess their performance.

Ques: Where was Kalpana Chawla born? Why is she called an Indian-American? (3)

Answer:  Kalpana Chawla was born at Kamal, in Haryana. She was born in India, but married an American and became a naturalized citizen. So she is called an Indian- American.

Answer: Kalpana went to the U.S. for higher studies in aeronautical engineering. There she married the flight instructor Harrison.

Answer: Kalpana had already got a bachelor’s degree in aeronautical engineering before she went to the U.S. She earned her PhD in aerospace engineering. In 1994 she was selected by NASA for training as an astronaut. She was encouraged by the people around her.

Ques: What abilities must an astronaut have, according to the journalist? (6)

Answer: An astronaut needs to know a lot about biology and aeronautical engineering. He/ she must have a wide knowledge of science subjects.

Answer: Kalpana’s first mission in the space shuttle, Columbia, was nearly 16 days long. She went around the earth 252 times. Among her colleagues were a Japanese and Ukranian astronauts. They performed so many experiments.

Ques: What does Kalpana Chawla say about pursuing a dream? Do you agree with her that success is possible? (7)

Answer:  Kalpana Chawla, a girl from a small town, touched the skies. In her message to college students of Chandigarh, from space, she said that it was always possible to realize one’s dream. One could certainly get success provided one had the vision and the courage.

Yes, I do agree with her on this point.

Ques: Read the newspaper report to find the following facts about the Columbia’s ill- fated voyage.