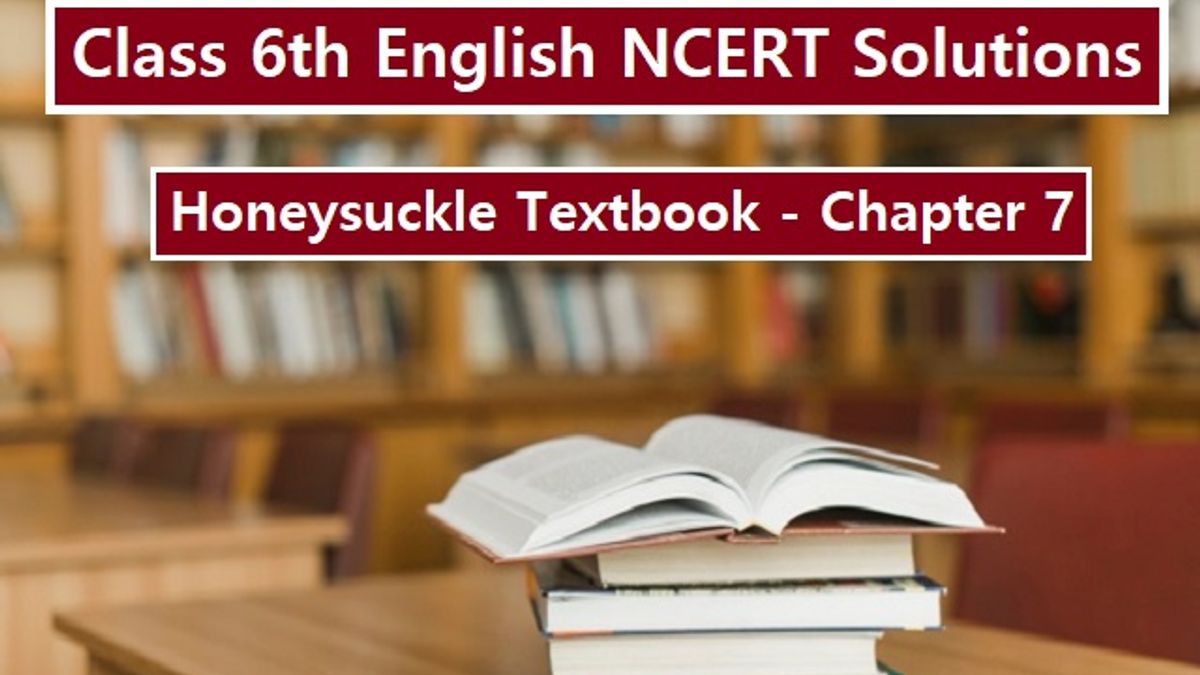 In this article, we have provided Class 6th NCERT Solutions for Chapter 7 from the English Textbook. Students can use these solutions as the best source to revise the subject before the exams. These solutions are designed as per the latest NCERT syllabus, laying emphasis on the important topics.  These NCERT Solutions For Class 6 English is also the best source for the students to self-assess their performance. These solutions are prepared by experts and cover all the questions from NCERT books.

Ques: A.Match the sentences under I with those under II.

Ques: Who says this to whom and why?

Answer: 1. Jumman speaks these words to his aunt. He wanted to get rid of his aunt. He did not want to give her an allowance.

Ques:  “Then the situation changed.” What is being referred to? (2)

Answer:  The situation changed after the transfer of property. Jumman forgot his prom­ise to look after his old aunt. He as well as his wife began to ill-treat her.

Ques: When Jumman’s aunt realized that she was not welcome in his house, what arrangement did she suggest? (3)

Answer: Jumman’s aunt could not bear insults anymore. She wanted to cook her food separately. She demanded a monthly allowance from her nephew.

Ques: What was the villagers’ reaction when the aunt explained her case to them?(4)

Answer:  The old woman went to several villagers to explain her case and get their support. But some showed sympathy, and some laughed at her. A few advised her to make peace with Jumman.

Ques: Why was Jumman happy over Algu’s nomination as head Panch? (6)

Answer: Algu and Jumman were fast friends. So Jumman hoped to get the verdict in his favour. Naturally, he felt happy when the aunt named Algu to act as head Panch.

Answer: The aunt meant that a person in the seat of a judge becomes fair and just like God. He is not guided by his personal likes and dislikes. He can not do any injustice. He is God’s representative.

Answer:  Algu heard the case and gave a fair judgment. He asked Jumman either to pay a monthly allowance to his aunt or transfer the property in her name. Jumman was stunned. He became Algu’s enemy. He decided to take revenge on Algu.

Ques: Algu found himself in a tight spot. What was his problem? (9)

Answer:  Algu sold his bullock to Samjhu Sahu, a cartman. Sahu promised to pay the price within a month. But during this period he took so much work from the animal that it died. Sahu became dishonest. He refused to pay the money.

Answer: Algu was upset because Jumman was already annoyed with him. So he thought  Jumman would take his revenge.

Answer: Jumman’s verdict was that Sahu had to pay the price of the bullock to Algu. Because when Sahu purchased the bullock from Algu it was hale and hearty. This was a genuine decision. Algu took it happily and said it was a victory of the panchayat.

Ques: Which of the following sums up the story best?

(i)“I also know that you will not kill your conscience for the sake of friend­ship.”

(ii)“Let no one deviate from the path of justice and truth for friendship or en- , mity.”

Give a reason for your choice.

Answer: I think the second statement sums up the story best.

The person in the seat of a judge becomes fair and just.