In this article, students of Class 6 can check NCERT solutions for English Subject textbook (Honeysuckle) - Chapter 8: A Game of Chance 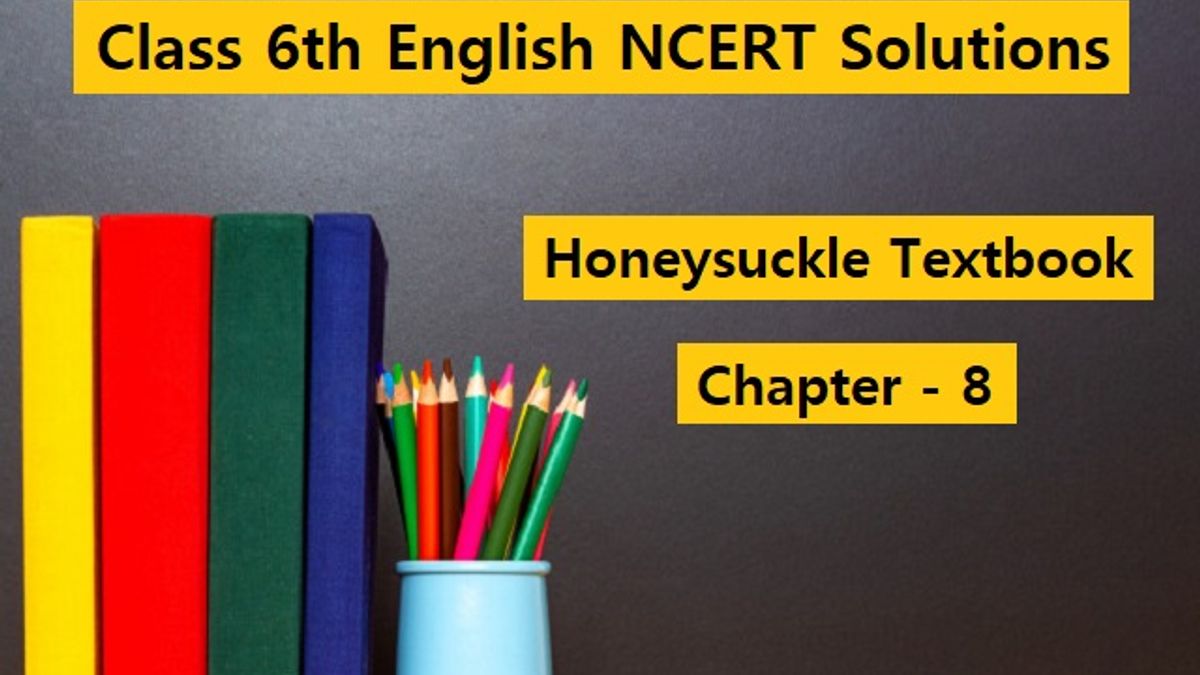 Check Class 6 NCERT Solutions for English Subject. In this article, we have provided NCERT Solutions for Chapter 8 from the English Honeysuckle Textbook. The NCERT solutions of this chapter have been provided after a detailed analysis of the latest syllabus issued by CBSE. Students of Class 6th can study the answers provided here to score well in their school exams. These NCERT Solutions For Class 6 English is also the best source for the students to self-assess their performance.

Ques: A. Complete the following sentences from memory choosing a phrase from those given in brackets.

(A big show, A big fair, A big competition)

(not to buy anything, not to go anywhere, not to talk to anyone

(to play the game, to win a prize, to try their luck)

(a bottle of ink, two pencils, a trifie)

(a fool of me, a good profit, friends with many people)

Ques: Why do you think Rasheed’s uncle asked him not to buy anything in his absence? (3)

Answer: Uncle warned Rasheed not to buy anything in his absence because the shop­keepers could cheat him and take away his money.

Answer: The shop was named Lucky Shop so as to tempt the people to try their luck and win prizes.

Ques: An old man won a clock and sold it back to the shopkeeper. How much money did he make? (5)

Answer: The old man made 15 rupees by selling the clock back to the shopkeeper.

Ques: How many prizes did the boy win? What were they? (6)

Answer: The boy won four prizes-a combs, a fountain pen, a wristwatch, and a table lamp.

Answer: Rasheed was upset because he thought he was unlucky at the game of chance.

Ques: In what way did the shopkeeper make a fool of Rasheed? (11)

Answer: The shopkeeper gave Rasheed things of small value. He encouraged the boy to try his luck again and again. Innocent Rasheed lost all his money.

Ques: The words given against the sentences below can be used both as nouns and verbs. Use them appropriately to fill in the blanks.

Answer: 1. (i) The two teams have played three matches already.

(ii) India faces/is facing a number of problems these days

(ii) We also smiled to see him smile.

(ii) We gave up hope of his joining the party.

Ques: Notice the use of ‘there’ in the following sentences.

Answer: 1. There are beautiful roses in the park.

Ques: Fill in the blanks in the paragraph below with words from the box.

Answer: There was a big Eid fair in our village. We could buy anything from a tiny toy to a huge camel. I went to the fair on its last day with Uncle and Bhaiya. We went to a lucky shop. It was very interesting. I tried my luck but did not win any prize. Later uncle told me that I was more foolish than unlucky.