NCERT Solutions for Class 8 English - It So Happened Textbook- Chapter 3: The Selfish Giant

Get NCERT Solutions for Class 8th English It So Happened Textbook. Students of Class 8 can check NCERT solutions for all the questions of Chapter 3: The Selfish Giant 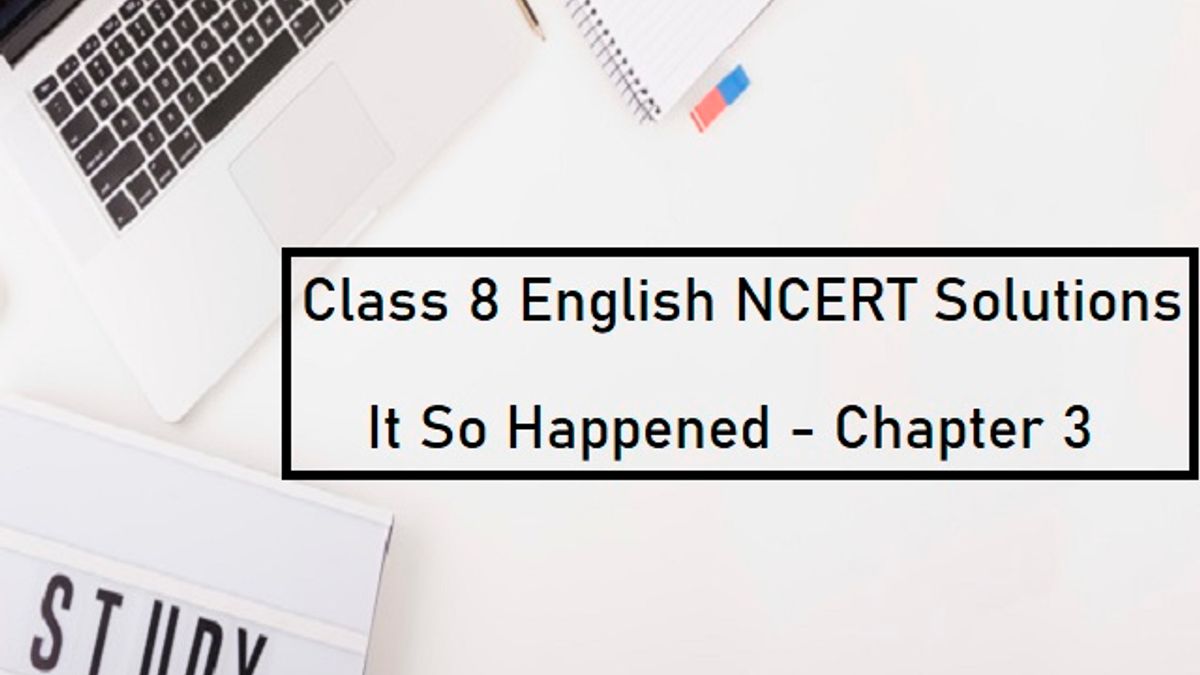 In this article, we have provided Class 8th NCERT Solutions for Chapter 3 from the English It So Happened Textbook. Chapter 3 is a story about a selfish giant and his beautiful garden. The NCERT solutions of this chapter have been provided after a detailed analysis of the latest syllabus issued by CBSE. Students of Class 8th can study the answers provided here to score well in their school exams.

Ques: 1. Why is the Giant called selfish?

2. On one occasion the children said: “How happy we are here!”

Later they said: “How happy we were there!”

What are they referring to in both cases?

3. (i) When spring came, it was still winter in the garden. What does winter stand for or indicate here?

(ii) Winter has been presented like a story with its own characters and their activities.

Describe the story in your own words.

4. Was the Giant happy or sad over the state of the garden?

5. What effect did the linnet’s song have over Hail and the North Wind?

Answer: 1. The Giant was called selfish because he wanted to keep his garden reserved only for himself. He banned the entry of outsiders there.

2. In both cases the children are referring to the Giant’s garden. In the first sentence, they say that they are enjoying in the giant’s garden. But in the second sentence, it is beyond their reach.

3. (i) Winter indicates that flowers did not bloom in the Giant’s garden. The birds didn’t sing. There was no sign of joy and greenery.

(ii) Winter has been portrayed as a destroyer. It has its own characters. Snow and frost are the most prominent factors. Trees have been covered with a white cloak. The trees look lifeless. The north wind has come to stay there permanently. Hails settle on the roof.

4. The Giant felt sad to see the state of his garden. Different seasons brought no change in it.

5. As an effect of the linnet’s song, the Hail stopped dancing over his head. Similarly, the North Wind ceased roaring.

Ques: 1. (i) The Giant saw a most wonderful sight. What did he see?

(ii) What did he realise on seeing it?

2. Why was it still winter in one comer of the garden?

3. Describe the first meeting of the little boy and the Giant.

4. Describe their second meeting after a long interval.

5. The Giant lay dead, all covered with white blossoms. What does this sentence indicate about the once selfish Giant?

Answer: 1.  (i) The Giant saw that through a little hole in the wall the children had entered into the garden. They were sitting in the branches of the trees. In every tree that he could see there was a little child. And the trees were glad to have the children back again that they had covered themselves with blossoms and were waning their hands gently above the child run’s heads. The birds were flying and twittering with delight, and flowers were laughing.

(ii) He realised that he himself was to blame for the year round winter in his garden. He called himself selfish.

2. Only in one comer of the garden, there was winter still. The reason was that a little boy could not climb the tree like other boys. He stood under a tree weeping.

3. In the first meeting of the boy and the Giant, the Giant lifted him gently and put him in the branch of that tree. The tree suddenly broke into flowers and the birds began to sing. The child kissed the Giant.

4. In the second meeting after so many years, the Giant saw wounds on the little boy’s palm and feet. He became furious. He wanted to kill the man who had wounded the child. But the boy said that those were wounds of love.

5. This indicates that the Giant had been blessed by Lord Christ himself. He was neither cruel nor selfish So Christ forgave him and took him to paradise.

Ques: The little child’s hands arid feet had marks of nails. Who does the child remind you of? Give a reason for your answer.

Answer: The nail’s marks on the child’s hands and feet remind us of Lord Christ. He was put on a cross and nails were hammered into his palms and feet.

Ques: Is there something like this garden near where you live? Would you like one (without the Giant perhaps) and why? What would you do to keep it in good shape?

Answer: A park is a public place. It is like the lungs in the human body. It gives us fresh air. The greenery is soothing to the eyes. A private garden, however, has to be used by the people with care and caution. The children must not spoil the flower beds and the grassy lawns even in a public park. I would never play football in a park nor let other children do so.

Answer: The Giant’s garden was very beautiful. It had soft green grass. Here and there over the grass stood beautiful flowers like stars and there were twelve peach-trees that in the spring time broke out into delicate blossoms of pink and pearl, and in autumn bore rich fruit.

Ques: Where had the Giant gone? What did he see when he arrived?

Answer: The Giant had gone to his friend, the Cornish Ogre, and had stayed with him for seven years. When he arrived he saw the children playing in the garden.

Ques: Why did he build a high wall round his garden?

Answer: He didn’t want children to play in his garden. Therefore, he built a high wall around it in order to stop them from entering it.

Ques: What happened to the Giant’s garden when the spring came?

Answer: All over the country there were little blossoms and little words. But the Giant’s garden remained deprived of them. There was still winter there instead of the spring. The birds didn’t care to sing in it, as there were no children and the trees forgot to blossom.

Ques: What changes came to be noticed in the Giant’s behaviour?

Answer: Previously he was a selfish Giant. He didn’t like children and their playing in his garden. But one day he realised his fault and became affectionate towards them. He opened his garden for them. He began to play with them.