Get NCERT Solutions for Class 8th English It So Happened Textbook. Students of Class 8 can check NCERT solutions for all the questions of Chapter 5: Princess September 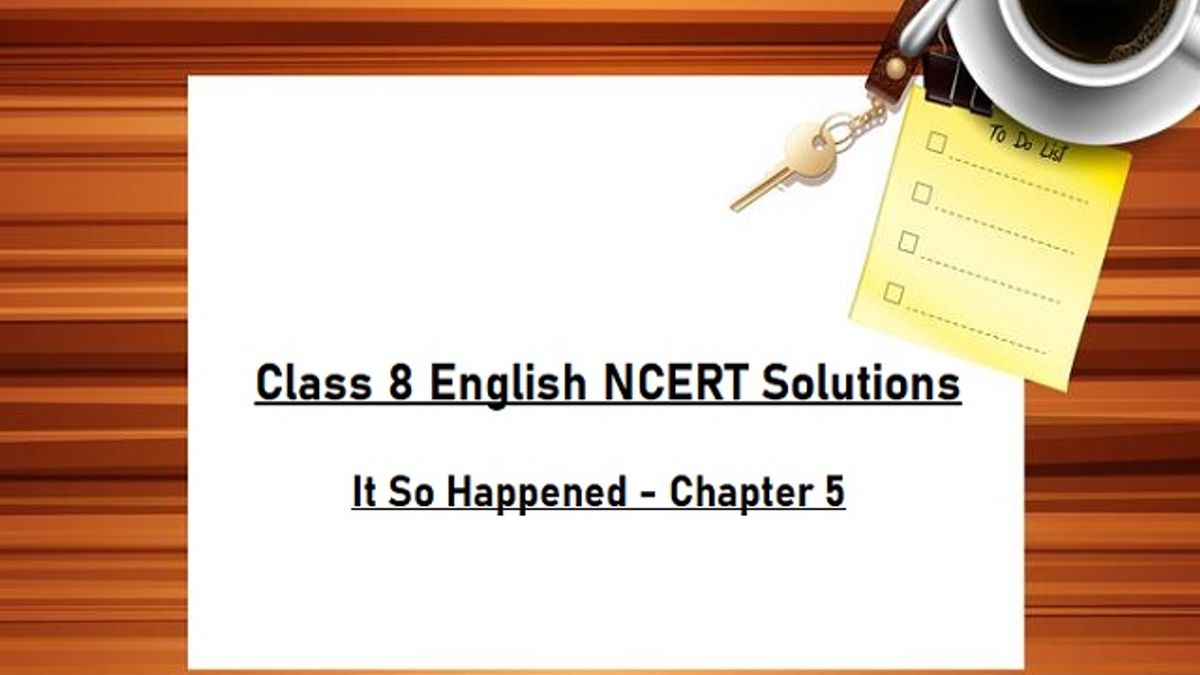 In this article, we have provided Class 8th NCERT Solutions for Chapter 5 from the English It So Happened Textbook. Chapter 5 is a story of Princess September, who like each one of her numerous sisters, receives the gift of a parrot in a golden cage on her father’s Birthday. The parrot dies, and by chance, a singing bird comes in its place. The princess shows off her pet to the sisters who advise her to put it in a cage. The NCERT solutions of this chapter have been provided after a detailed analysis of the latest syllabus issued by CBSE. Students of Class 8th can study the answers provided here to score well in their school exams.

Ques: 1. How many daughters did the royal couple have?

2. Why were they named after the months of the year?

3. The King had a peculiar habit. What was it? Why is it called peculiar?

4. (i) What was Princess September’s reaction to the loss of her parrot?

(ii) What was her Mother’s reaction to it?

(iii) What do the reactions indicate about the nature and temperament of each?

5. What pulled the Princess out of her gloom?

6. How did the Maids of Honour come to know that the Princess and the bird had become intimate friends?

7. The new bird was full of new songs but the old parrots always repeated themselves. What did they say

8. What is the king’s opinion about his Councillors? Why did he form that opinion?

9. (i) The eight Princesses made an offer to Princess September. What was it?

10. What did the sisters advise the Princess to do about her bird?

2. They were named after the months of the year because the queen could not recall their names easily.

3. The peculiar habit of the king was to give gifts on his birthday rather than receive them. Usually people get gifts on their birthdays.

4. (i) Princess September took the loss of her parrot to heart. She wept continuously. She was put to sleep without supper.

(ii) Her Mother said that Princess September’s weeping was simply nonsense. She asked the maids to put the child to sleep without supper.

(iii) The princess was very simple-hearted and sensitive. She was stricken with grief when her parrot died. But the Queen’s mother was not moved at all. She had nothing to console the child.

5. The coming of a little song bird into her room comforted Princess September. She was so enchanted that she forgot about her loss.

6. The Maids of Honour brought in the princess’s breakfast. The songbird ate rice out of the princess’s hand and then sang sweetly. The Maids were surprised to find September so much happy. They were convinced that the two had become good friends.

7. The old parrots only repeated what they had been taught. They could only say ‘God save the King’ and “Pretty Polly’.

8. The King had a low opinion about his Councillors because like parrots, they too repeated the same thing differently.

9.(i) They offered their pocket money to Princess September to buy another parrot,

(ii) They did that because they felt jealous of the song bird’s friendship with Princess September.

10. The sisters advised the Princess to put the little bird into the cage lest it should fly away for ever.

Ques: 1. In the following sentence elaborate the parts given in bold. Under the circumstances it was a very unfortunate remark for the bird to make.

2. (i) What did Princess September do to ensure the safety of her pet?

(ii) How did the bird react to it?

3. Why did the bird refuse to be taken out in her cage?

4. (i) What persuaded Princess September to give the bird his freedom again?

(ii) How did the bird react to it?

(ii) How did it help the Princess herself?

6. The eight sisters kept their windows shut. How did it affect them?

Answer: 1. The circumstance was that the bird hadn’t come back because of the party at his father-in-law’s house. The princess was naturally worried. The remark of the sis­ters added to her worry.

2. (i) Princess September put the bird into a cage to ensure his safety.

(ii) The bird disliked his imprisonment. He stopped singing.

3. The bird said that he won’t be really happy and normal if he was taken out in her cage. The rice-fields arid the lake looked quite different and dull when seen through the cage bars.

4. (i) The Princess freed the bird lest he should die in captivity.

(ii) The Princess kept the window open so that the bird might fly in and out making fresh air charming. Freedom helped the bird to sing and enjoy himself.

5. (i) The bird opened his wings and flew away.

(ii) It helped the Princess herself by providing her fresh wind and natural light. It helped her make her beautiful.

6. The eight sisters who kept their window shut all night became extremely ugly and disagreeable. They were married to the councillors.

Ques: Are the sisters unkind and cruel? Find evidence in the text to support your idea.

Answer: Yes, the eight sisters of the princess were unkind and cruel. They were jealous too. They advised her to encage the bird. This suggestion might have killed the bird.

Ques: Which, to you, is the most important idea in this story, and why?

(i) importance of music

Answer: (i) value of freedom.