NCERT Solutions for Class 8 English - It So Happened Textbook- Chapter 7: The Open Window

Check NCERT Solutions for Class 8th English It So Happened Textbook. Students of Class 8 can check NCERT solutions for all the questions of Chapter 7: The Open Window 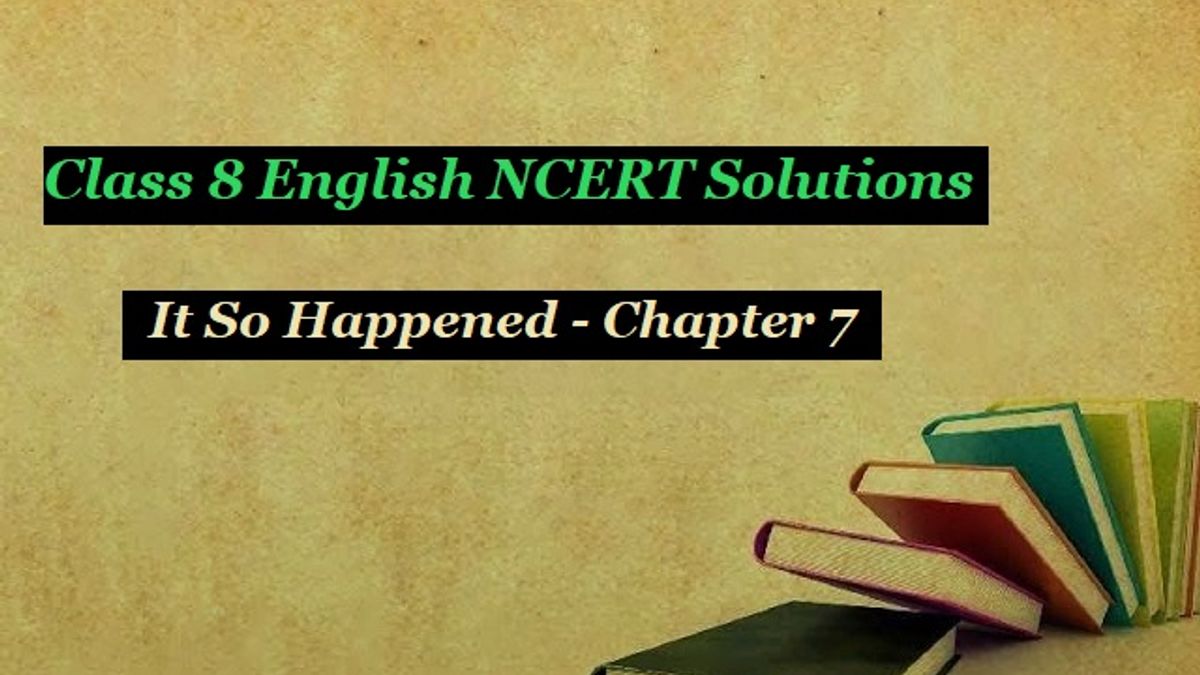 NCERT Solutions for Class 8 English - It So Happened Textbook- Chapter 7: The Open Window

In this article, we have provided Class 8th NCERT Solutions for Chapter 7 from the English It So Happened Textbook. The NCERT solutions of this chapter have been provided after a detailed analysis of the latest syllabus issued by CBSE. Students of Class 8th can study the answers provided here to score well in their school exams.

Ques: 1. Why had Framton Nuttel come to the “rural retreat”?

2. Why had his sister given him letters of introduction to people living there?

3. What had happened in the Sappleton family as narrated by the niece?

Answer: 1. Framton Nuttel was suffering from some nervous disorder and worry. So he decided to spend a few days in some village and relax in peace.

2. His sister knew that Framton would meet very few people in the countryside. He would feel lonely and bored. His condition could grow worse. So she gave him let­ters of introduction to all people she knew there. One was addressed to Mrs. Sappleton.

3. The niece played a practical joke on Sappleton when she came to know that he was a total stranger. She said that her aunt’s husband, two brothers and a dog had gone for hunting through the window three years ago. They never returned. But the aunt was still hoping to see them back through the open window.

Ques: 1. What did Mrs. Sappleton say about the open window?

2. The horror on the girl’s face made Framton swing around in his seat. What did he see?

Answer: 1. Mrs. Sappleton said that her husband and brothers would be entering the house at any time. The window was kept open until it was dark. They would enter through the open window

2. Framton swung around to know the reason for the girl’s horror. Soon he saw three figures coming towards the window.

Ques: 1. Why did Framton rush out wildly?

2. What was the girl’s explanation for his lightning exit?

Answer: 1. The niece had told Nuttel that her aunt’s husband and brothers had been missing, for three years. When Framton saw them coming, he thought they were ghosts. So he rushed out wildly in fear.

2. The girl explained that Framton had a bitter experience of the dogs. So he made a sudden exit on seeing the dog.

Ques: Is this a mystery story? Give a reason for your answer.

Answer: The open window is not truly a mystery story. It shows the fertile imagination of a young girl. She plays a practical joke on Framton and tells a cooked up story. Poor Framton falls prey to her prank and runs out of the house hurriedly.

Ques: You are familiar with the ‘irony’ of the situation in a story. (Remember the cop and the Anthem in Class VII Supplementary Reader!) Which situations in The Open Window’ are good examples of the use of irony?

Answer: “Irony’ refers to the contrast between what is intended or expected and what actually occurs. The open window has the irony of the situation. Poor Framton goes to the countryside for rest and relief from his nervousness. But Mrs. Sappleton’s niece plays such a joke that he suddenly rushes out. He mistakes Mrs sappleton’s husband and brother as their ghosts.

Ques: Which phrases/sentences in the text do you find difficult to understand? Select a few and guess the meaning of each. Rewrite a simple paraphrase of each.

Answer: Came into the nice division – The category of nice people.

Masculine habitation. – The room seemed to suggest that there lived some male persons there.

“Bertie, why do you bound? – Bound means ‘jump’. But here it means a person whose behaviour is unpleasant to other people.