Get Class 8 NCERT Solutions for English Subject It So Happened Textbook - Chapter 8: Jalebis. These solutions will help students in effective learning and understanding of the chapter. 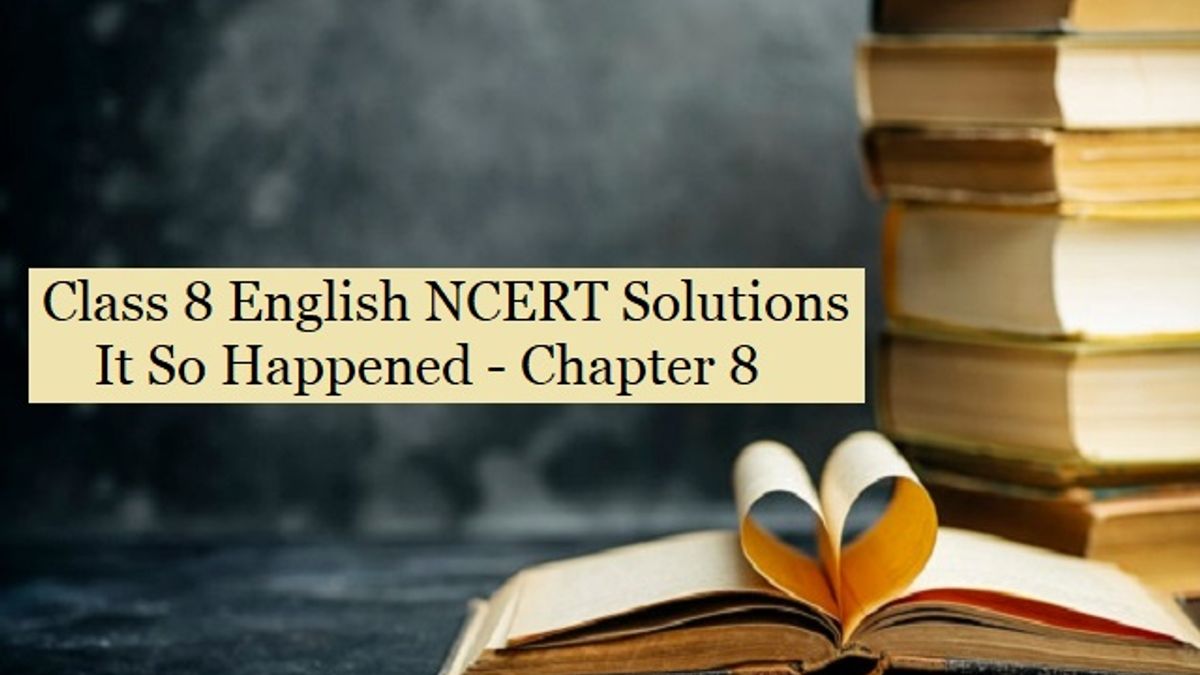 Check Class 8 NCERT Solutions for English Subject. In this article, we have provided NCERT Solutions for Chapter 8 from the English It So Happened Textbook. Chapter 8 is a story about an honest little boy who loves Jalebis. The NCERT solutions of this chapter have been provided after a detailed analysis of the latest syllabus issued by CBSE. Students of Class 8th can study the answers provided here to score well in their school exams.

Ques: 1. Why didn’t he pay the school fees on the day he brought money to school?

(ii) Do you think they were misguiding him?

3. Why didn’t he take the coin’s advice? Give two or three reasons.

(ii) Did he follow his advice? If not, why not?

5. He reached home with the coins in his pocket. What happened then?

Answer: 1. The boy couldn’t pay the school fees on the day he brought to school because the teacher Master Ghulam Mohammed was on leave.

2. (i) The coins in the boy’s pocket urged him to buy hot and fresh jalebis.

(ii) Yes, the coins were misguiding him because the money was meant for paying school fees.

3. Initially, the boy didn’t take the advice of the coins seriously for a couple of rea­sons. He could not spend the money meant for paying school fees on jalebis. Sec­ondly, the boy knew the harsh nature of the master and the punishment.

4. (i) The oldest coin convinced him that they were telling him for his own good. He can pay his fee the next day with his scholarship money. So he should not suppress his desire for jalebis.

(ii) He didn’t follow his advice. He was a promising student. He was from a good family of repute. He didn’t want to get defame for it

5. After reaching home he couldn’t suppress his temptation for fresh Jalebis. He rushed to the shop of halwai. He bought jalebis and enjoyed them.

(ii) What did he do with the remaining Jalebis?

3. “Children’s stomachs are like digestion machines.” What do you understand by that? Do you agree?

4. How did he plan to pay the fees the next day?

5. When it is time to pay the fees, what does he do? How is he disobeying the elders by doing so?

Answer: 1.  (i) He had bought jalebis for one rupee. But he couldn’t eat all of them because of their quantity.

(ii) He distributed the remaining jalebis among the boys from the neighbourhood.

2. He had eaten so many jalebis that there was the problem of digesting them all. His fear was that one jalebi or two would come out with a burp.

3. It means that children have the capacity to digest a lot of things that they overeat. I agree with the statement but only partly.

4. He planned to pay the fees the next day when he would get his monthly scholarship.

5. When the time draws near to pay the fees, he tucked the bag under his arm and slips out of the school. He had disobeyed his elders by crossing the railway track.

Ques: 1. What was the consequence of buying jalebis with the fees money?

2. His prayer to God is like a lawyer’s defence of a bad case. Does he argue his case well? What are the points he makes?

3. He offers to play a game with Allah Miyan. What is the game?

4. Did he get four rupees by playing the game? What did he get to see under the rock?

5. If God had granted his wish that day, what harm would it have caused him in later life?

Answer: 1.. As a result of spending his fees money on jalebis, he had to be absent from school for the first time in his life.

2. He tries to please God with his requests and the recitation of the entire namaz. He admits that he made a mistake. He wouldn’t have spent his money on jalebis if he had known about the delay in scholarship. Thus, he argues his case like a lawyer.

3. The game is that he will go upto the signal, touch it and come back. And in the meantime God should put four rupees under a big rock.

4. No, he didn’t get four rupees by playing the game. When he lifted the rock, he saw a worm instead of coins.

5. If God had granted his wish that day he wouldn’t have learnt a lesson to do no wrong in future. He would have been like a bird and learnt no skill.

(a) that the boy is tempted to eat jalebis.

(d) that he is feeling guilty

(c) that he is justifying a wrong deed.

(a) Is the boy intelligent? If so, what is the evidence of it?

(b) Does his outlook on the jalebis episode change after class VIII? Does he see that episode in a new light?

(c) Why are coins made to ‘talk’ in this story? What purpose does it serve?

Answer: The boy is definitely intelligent. The first evidence is that he has won a schol­arship. He is a promising boy. He knows what is right and what is wrong. He argues his case before God like a lawyer.

(b) Yes, his outlook changed after class VIII. He later realised that nothing comes without a price. If God were to grant all one’s wishes for the asking, man would not learn any skill. He would be no better than birds.

(c) The coins are made to talk because they reflect the conflict going on in his own mind.