For the aspirants of NDA, reducing negative marking is of critical importance, as a single mistake in choosing the right answer can turn you into failure.  To overcome ‘negative mark trap’ we are providing you with 8 effective tips here. 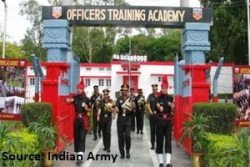 The Union Public Service Commission (UPSC) is going to conduct the NDA & NA (II) Exam 2017 on 10 September 2017. For the aspirants of NDA, reducing negative marking is of critical importance, as a single mistake in choosing the right answer can turn you into failure.

But don’t be upset about the negative marking scheme. Follow the below given 8 tips and escape the ‘negative mark trap’.

1.    Practice is the key. To avoid negative marking, one has to be good at one’s preparation. Solving questions using short cuts, especially Mathematics, helps the candidates in saving valuable time. The saved time enables the candidates in allotting more time in solving difficult level questions and arriving at right answer.

2.    We all know that success is nothing but 99% hard work and 1% luck. So avoid guessing in your examination. Attempt only those questions where you are sure about the correct answer. Guessing will decrease your marks because of negative marking which -.83 in Mathematics and –1.33 in General Ability Test.

4.    Don’t get stuck if you are not able to solve the question. Wastage of time on a single question is of no use. So, it is better to leave the question and move to the next.

5.    Accuracy is more important than the number of questions attempted. So try solving those sections where you are assured of being correct. At the end, if you are left with time, then take a calculated risk with your understanding.

6.    The questions are divided into three levels - Easy, Medium and difficult.  So, it is suggested to solve the easier questions first. It will make you confident and also gives you the idea of how much more you need to attempt.

7.    Test series and mock test papers available online within the time limit will help you to know the pattern and also record your progress which identifies your mistakes too.

8.    As the candidates have to mark the answers in OMR sheets, try to prevent overwriting or eliminating an answer which you have already marked. Else, it will be measured as incorrect, resulting in negative marks.

If students follow the above mentioned tips before and during the examination, they will surely minimize the negative marks.  Stay confident and relax while attempting the paper which will be valuable.