IAS Exam preparation serves as a turning point in the candidates life irrespective of his or her selection inthe Civil Services. IAS Preparation changes the life of the candidates his perspective and the outlook towards life. Rights,Lberty and Duties are the intertwined concepts and requires deeper understanding of their inter-relationship of all the three. 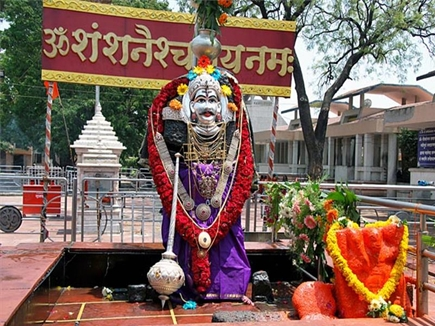 IAS Exam preparation serves as a turning point in the candidates life irrespective of his or her selection inthe Civil Services. IAS Preparation changes the life of the candidates his perspective and the outlook towards life.

Every Right has a corresponding duty and every duty comes from the legal statute or the moral obligation. The relation between the right and duties goes hand in hand. But sometimes both liberty and right become contradictory(in short term) and they lock horn at the societal platform.This is a matter of thorough discussion and we are giving the issue in its relevant detail.

Article 26 of the Indian constitution gives freedom to manage religious affairs Subject to public order, morality and health, every religious denomination or any section thereof shall have the right –
(a)    to establish and maintain institutions for religious and charitable purposes;
(b)    to manage its own affairs in matters of religion;
(c)    to own and acquire movable and immovable property; and
(d)    to administer such property in accordance with law.

However, These guarantees are available to only Citizens of India and not to aliens.
These, however are constitutional provisions and are generally perceived to be applicable for men. Women in India, do not enjoy obvious freedom to participate, maintain and oversee religious institutions, even when guaranteed by Indian constitutions.

•    Art 15 states that “the state shall not discriminate against any citizen on grounds only of religion, race, caste sex, place of birth or any of them.” This article applies only to

•    Art. 16 guarantees equality of opportunity in matters of public employment.

•    Art. 17 of the constitution says, “Untouchability is abolished and its practice in any form is forbidden.” This is an absolute fundamental right.

•    Art. 18 forbid titles except military or academic distinctions. Title from foreign governments such as knighthood is forbidden.

Thus, our constitution places the women right at the equal status as that of their men counterpart. By Article 15 and 16 government can even make provision of reservations for education and employment for women.

Looking at the above provisions, it can very well be said that women in India, have been provided with ample opportunities to match their male counterpart and ensure equality. Moreover, it is a gradually heartening sign that their participation in employment- government as well as private, in socio-political activities of the nation and also their presence at the highest decision making bodies is improving day by day.

However, we are still lagging far behind in achieving the equality and justice in true sense and spirit which the Preamble of our Constitution talks about. Even when, Indian women have been provided with enormous equality provisions and laws, they are pathetically way behind men in almost all the parameters, depicting those constitutional provisions only on the paper. The real problem lies in the patriarchal and male-dominated system of our society which considers women as subordinate to men and creates different types of methods to subjugate them.

The need of us is to educate and sensitize male members of the society regarding women issues and try to inculcate a feeling of togetherness and equality among them so that they would stop their discriminatory practices towards the fairer sex. For this to happen apart from Government, the efforts are needed from various civil societies, NGOs and from huge participation of citizens of the country. And first of all efforts should begin from our homes where we must empower, educate and equalize female members of our family by providing them equal opportunities of education, health, nutrition and decision making without any discrimination. India can surge on the path of progress only with the equal status to women.

Status of Women in Religious Activities

Women are considered only a second class citizens in almost all the religious practices, rituals, customs and orthopraxy, in most of the major religion. Religion and their practices are often dated back to ancient times. Naturally, such practices are not devoid of various superstitions and irrationality.

The plight of Indian women had always been denigrated in the history, barring in Buddhist society. Therefore, even when a modern society, by and large got developed by the weight of modernity, pragmatism and education, the women amelioration in religious activities could not be a reality. Position of women in religious activities are often tied to such hardcore rituals based on superstitions and exist in deplorable scenarios.

There is and underlying need to dismantle gender stereotypes within a religious framework and discuss various issues that affect the life of women female feticide, ordination, salvation, , marriage reform laws, exclusion of females from important memberships of religious institutions, their entry into temples and mosques, biased customs and rituals and so on.

The Point of Conflict

Women have not given equal liberty and rights in religious matters even in contemporary times. The basic point of conflict is included in vested interests and lack of rationality. Some of the obvious reasons for the existence of such scenario in the 21st progressive India can be:

•    Patriarchism – Society has been dominated by men, so should be the religion and its affairs

•    Superstitions – Gods may get angry in altering the centuries old practices and rituals.

•    Electoral politics – Many political parties lend support against women being given equality status as they do not want to antagonize the particular religion.

•    Corruption – Big temples and trusts do not want any new entrant in their stronghold administration of temples. Giving equal status to women may expose some of the corrupt priests and their descendants.

However, there have been ample reasons given in public or otherwise to keep away women from religious practices and affairs, as evident below:

•    It was a “sin” for women to go near the grave when they were menstruating
•    Worshipping and prayer in temples and mosques distract and create negative image for men at sacred places.

•    Women are considered impure to touch and perform worship of some deities.

•    Women should not touch the graves of mosque

This is high time, amidst controversial, temple entry, uniform civil code and the frequently debates women empowerment, that the state should enact a robust law so as to bring women on the great platform of true equality. The enactment as well as their implementation in letter as well as spirit can provide the legitimate right and liberty in religion to Indian women.