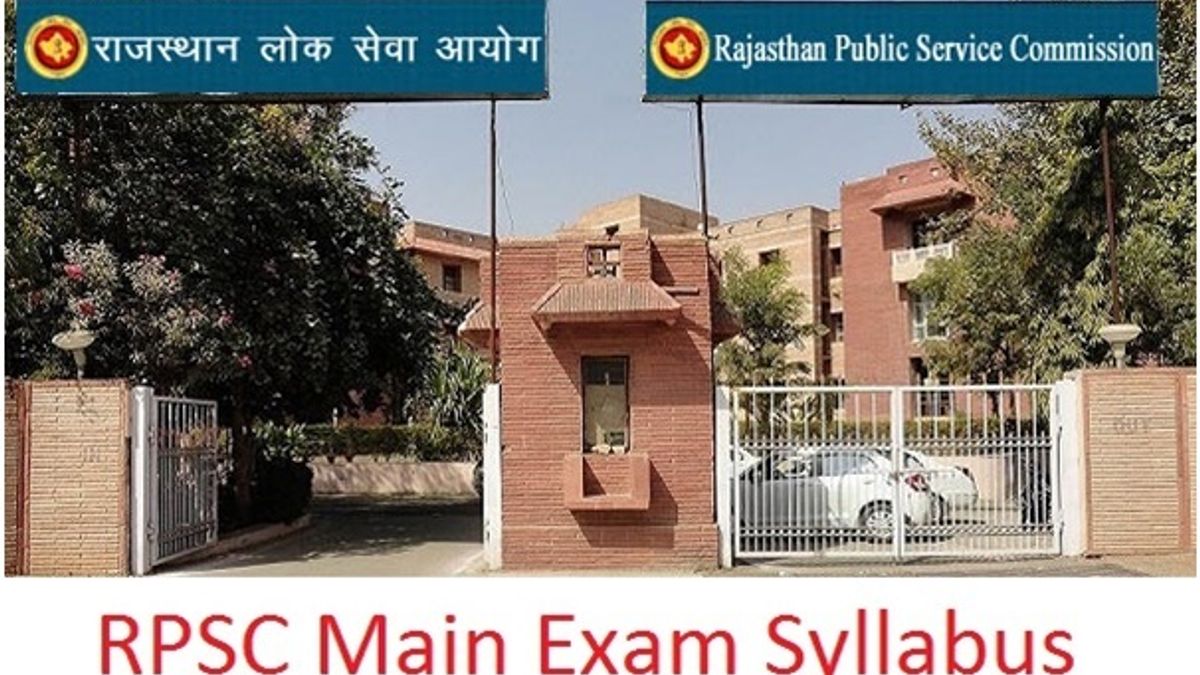 The dates of RPSC RAS Mains Exam 2018 has been extended which was scheduled to be held on 29 and 30 January 2019. The RPSC has not announced the new dates for the exam. The RPSC Prelims was conducted on 5th of August 2018 for various posts of Rajsthan Administrative Services and others. The result of RPSC 2018 Prelims has already been declared but the RPSC Mains exam has been postponed. Candidates can get the detailed syllabus of the RPSC Mains exam 2018 in this article. The candidates who have cleared the Prelims cut-off, as decided by the Commission, will appear in the Main exam. The number of the candidates to be called for the Main exam will be 15 times as that of the number of vacancies. So, there will be a tough competition ahead. In this article, we are discussing the syllabus of the RPSC Main exam.

RPSC Prelims Cut Off
RPSC RAS Main Exam 2018: Exam Pattern
Let us start with the pattern of the Main exam. The Main exam will have four Papers that are listed below:

All these Papers carry 200 marks and the time limit for all these Papers is 3 hours. The Papers will be descriptive in nature and will carry short, medium and long answer type questions with them. The Paper of General Hindi and General English will have the same level as that of the Senior Secondary Level.

• Renaissance and Reformation.
• Enlightenment and Industrial Revolution.
• Imperialism and colonialism in Asia and Africa.
• Impact of World Wars.

Salary and Promotion of SDM in RPSC

Part A- Sociology Development of Sociological Thought in India

Salary and Promotion of DSP in RPSC

• Ethics and Human Values : Lesson from lives and teachings of great leaders, reformers and administrators. Role of family, society and educational institutions in inculcating values.
• Ethical concept-Rit and Rin, concept of Duties, concept of Good and Virtues.
• Ethics in private and public relationships- Behaviour, Moral and Political attitudes of administrators - Philosophical basis of Integrity.
• Ethics of Bhagavad Geeta and its role in Administration.
• Gandhian Ethics.
• Contribution of Moral Thinkers and Philosophers from India & World.
• Psycho-Stress Management.
• Case Studies.
• Emotional Intelligence - Concepts and their Utilities.

Part A- Sports and Yoga

• Comprehension of an Unseen Passage (250 Words approximately) 05 Questions based on the passage. Question No. 05 should preferably be on vocabulary.
• Translation of five sentences from Hindi to English.
• Precis Writing (a short passage of approximately 150-200 words)

Now, it is easy for the students preparing for the Main exam. The students are advised to go through the entire syllabus with all the care so that they do not miss out on any of the topics. Scoring better in the Main exam is necessary to stand ahead in the final merit list.