RRB NTPC Result 2016 which is the most awaited result of the year is finally declared. As per the official update, the elongated scrutiny process of the test is somewhat done and the RRB NTPC Result is out. 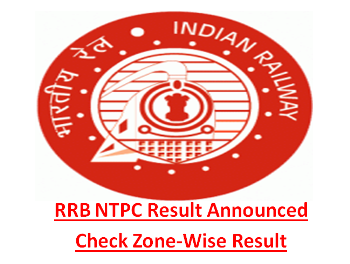 The most awaited result of the year 2016 is finally declared. Yes! RRB has finally announced RRB NTPC Result 2016 after a prolonged delay. Candidates can check their result via official website using their registration number/ roll number and date of birth.

To get RRB NTPC 2016 Result, click on the link given below.