RRB NTPC Results 2016: Most likely to be declared by Indian Railways in August

The much awaited RRB NTPC Results 2016 is most likely to be declared in the coming month. Candidates who had been a part of the major recruitment drive, ever conducted by Indian Railways, can expect their result soon. 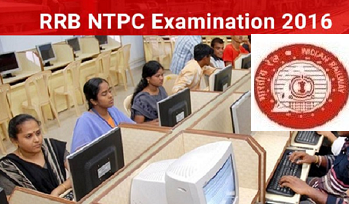 The much awaited RRB NTPC Results 2016 is most likely to be declared in the coming month. Candidates who had been a part of the major recruitment drive, ever conducted by Indian Railways, can expect their result soon.

RRB NTPC Result 2016 is under scrutiny process. As per the latest update released by the railway recruitment board the “For NTPC posts (Graduate), examination conducted in March-April 2016, against CEN-03/2015, processing of results is still under confidential process.”

In addition to this the Board has also stated that, “No information on this examination can be shared with the candidates at present. Candidates will be suitably informed by the Administration at the appropriate time.”

RRB NTPC Result 2016 has been ruling over internet since the last day of completion of the examination. Every now and then news is being circulated about fictitious result date for RRB NTPC Result 2016. Therefore candidates are suggested to go through valid and authenticate news in this regard.

As per the latest update released by the Board, RRB NTPC Result 2016 is under strict confidential process. The Board has pushed aside the rumors of RRB result being declared in the month of July. The official declaration regarding the result is yet to be declared.

Click here to know about the official declaration, exam analysis and expected cut off of RRB NTPC Result 2016

As per the Board officials, the result is under scrutiny process. Hence it can be assumed that the Board will take some more days to declare the RRB NTPC Result.

The RRB NTPC 2016 examination was held for recruiting selected workforce against 18252 non technical posts. The NTPC (graduate) exam was conducted by 21 RRBs. The result is expected to be declared zone wise.

Indian Railways had invited applications from graduates for recruitment against 18252 vacancies in Non-Technical Popular Categories (NTPC). An overwhelming response was received by the Board in response to the massive vacancies. Near about 93 lakh candidates had registered for the RRB NTPC 2016 exam.