It is being truly said that the desire is the key to motivation, but it’s the determination, commitment and persistence to unrelenting pursuit of our goal.

Sarvesh was ranked 55th in JEE Main 2017. He wrote JEE Advanced exam from the Roorkee zone.

His father told that Sarvesh’s aim was always to come in the top 10 in competitive examination. Whenever he feels stressed he watches cartoons, listen to music and play badminton.

He also told that reading novels and playing badminton help him to stay peaceful.

The success mantra he wants to convey to his juniors is to stay calm, organized and work hard. 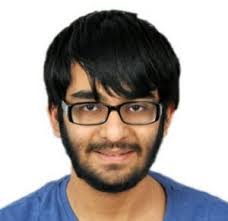 Akshat Chugh from Pune grabbed the second rank in JEE Advanced 2017 who obtained the 7th rank in JEE Main 2017. He scored 335 marks in which he got 122 marks in Mathematics, 101 marks in Physics and 112 marks in Chemistry.

The counseling and seat allotment of JEE Advanced 2017 will be conducted by JoSSA, Joint Seat Allocation Authority from 15th June 2017 that will offer admissions to IITs and ISM Dhanbad.

What parameters to check before selecting Engineering College