Union health and family welfare minister Jagat Prakash Nadda stressed that higher education institutions in the country would get full autonomy and there would be no political interference in the education sector. 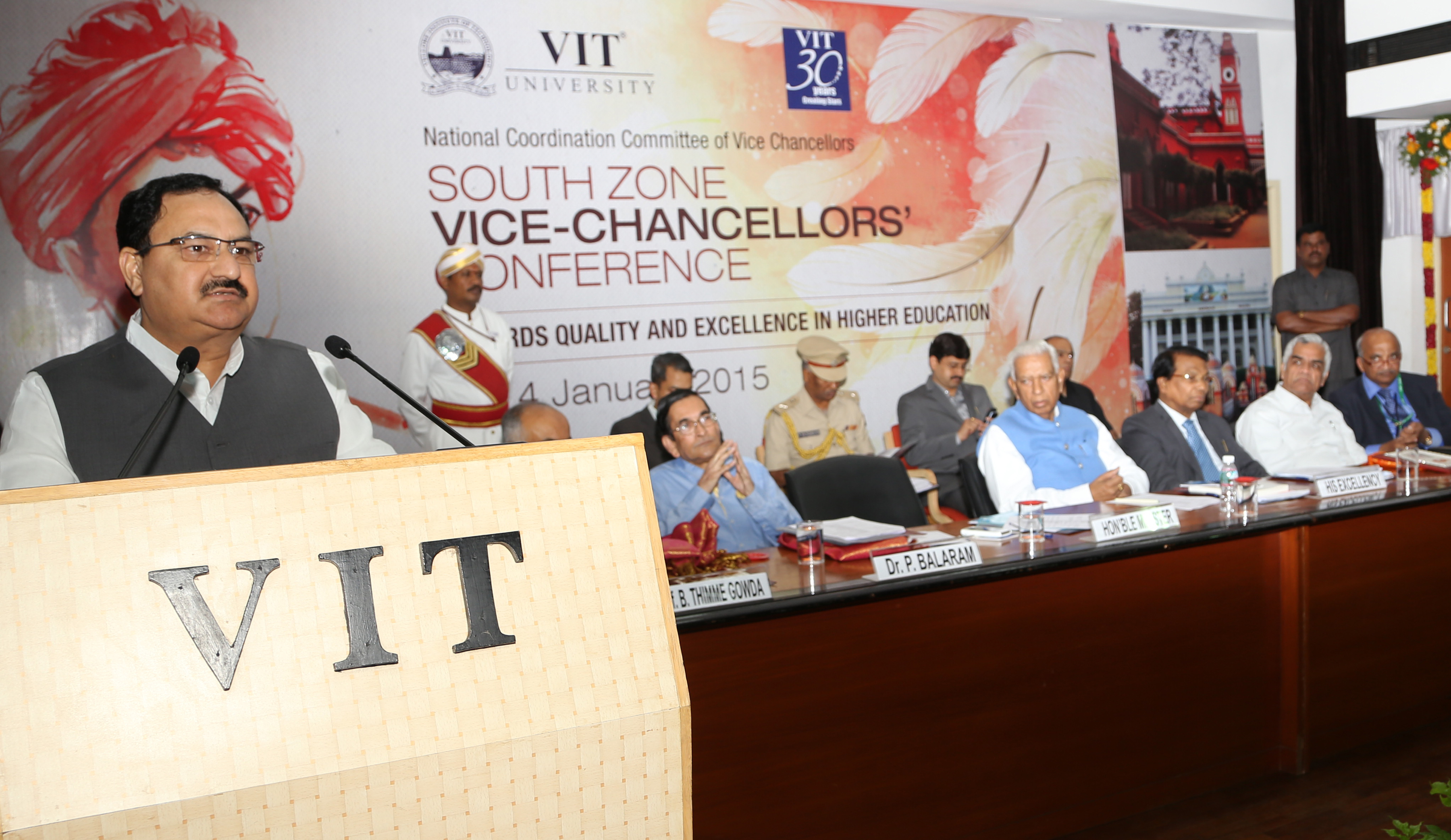 Union health and family welfare minister Jagat Prakash Nadda stressed that higher education institutions in the country would get full autonomy and there would be no political interference in the education sector.

Replying to complaints raised by former director of Indian Institute of Science (IISc), Bengaluru Prof.P.Balaram during the inauguration of South zone vice-chancellors’ conference at VIT University, here on Saturday Mr J.P. Nadda recalled how his father, who served as vice-chancellor in 1970s faced lot of political pressure and interference from political persons during his administration.

“Now I can assure you, times have changed. Under the leadership of Prime Minister Narendra Modi autonomy in the real sense will be maintained and we assure that academicians can work freely without any politician’s whims and fancies,” he said, adding that their government would also cooperate with States, irrespective of the party in power for development of education.

Pointing out that BJP does not want to politicize education system in the country, Mr Nadda said that their government would cooperate with the states irrespective of the political party the state belongs to and develops education.

Speaking about global university ranking and India’s performance in it, the union minister said that the union government would come up with Indian specific ranking as the Western ranking system had its own issues.

Pointing out that the Universities of Madras, Bombay and Calcutta excelled well before 1970s, Prof.Balaram said that post-1970 there were lot of political interference in the higher education sector, which contributed to the decline in quality of these institutes.

VIT University chancellor Dr.G.Viswanathan urged union government to do away with the policy of affiliating colleges with universities, which only exists in India. He also exhorted union government to frame a national level policy for scholarship so that even students from poor economic background too would get financial assistance to pursue higher education.

Karnataka Governor Vajubhai Vala insisted that all universities should teach value based education, which would help students develop holistically. “An education system without values is of no use,” he said.

Disclaimer: The information provided in this Notification is solely by VIT University. Jagranjosh.com bears no representations or warranties of any kind, express or implied, about the completeness, accuracy, reliability, suitability or availability with respect to the information. Individuals are therefore suggested to check the authenticity of the information.