Find the questions of General Intelligence & Reasoning asked in SSC CGL 2016 tier-1 exam held on 2 september 2016 (Morning shift). Go through all of them- 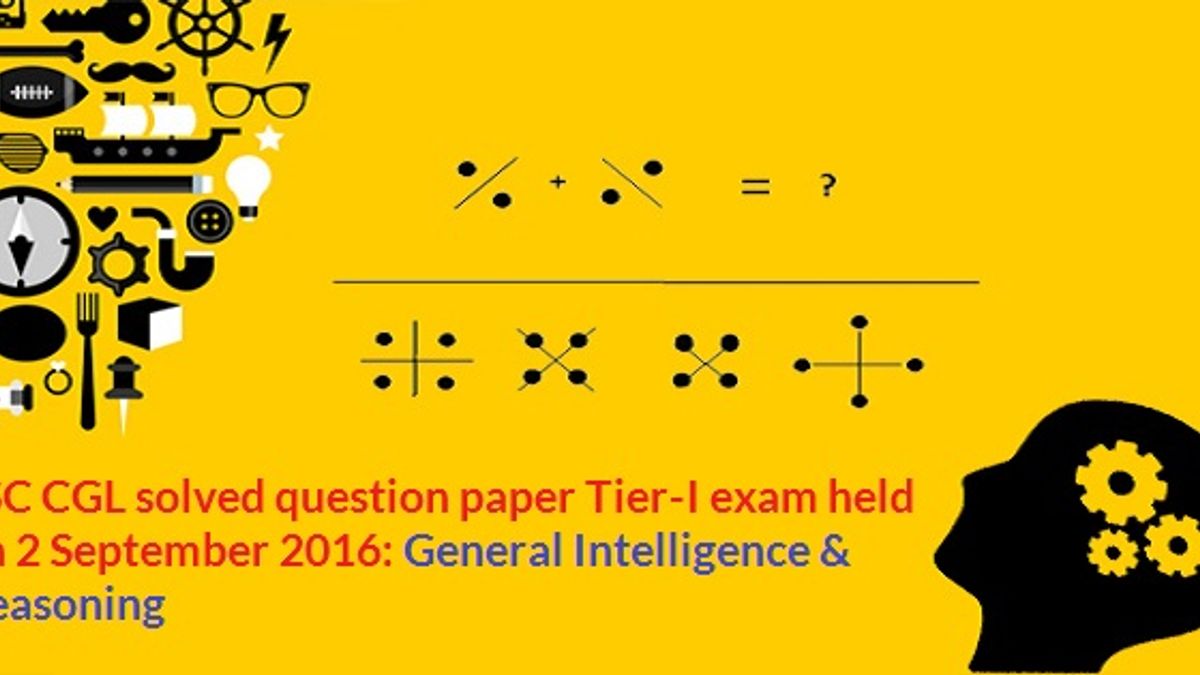 In this article, we are giving you the 25 solved questions of General Intelligence & Reasoning asked in SSC CGL tier-1 exam held on 2ndSeptember, 2016 (Morning shift). Please look at the questions distribution for this paper in the table given below-

From the above table, we can deduce that questions are asked equally from all the important topics of General Intelligence & Reasoning and almost no topic is left. However, questions asked from analogy, alphabet test, series, odd one out, and analytical reasoning were in higher numbers. Hence, from this observation, we can conclude that an aspirant should prepare each topic of the syllabus of General intelligence & reasoning prescribed by SSC in its notification. Now, Let us take a look of the asked questions-

Explanation: ‘Hoots’ is the sound name made by owl generally. Similarly, Hen make guttural sound or ‘Clucks’. Hence, option (b.) is the correct option.

Question 2.Select the related word/letters/numbers from the given alternatives:

Explanation: Deriving relationship from the RHS couplet, every letter is incremented by (+1) in the series.

Question 3.Select the related word/letters/numbers from the given alternatives:

Question 4. Find the odd word/letters/number from the given alternatives.
a. Time
b. Skill
c. Interest
d. Knowledge

Explanation: All except time are dependent upon person. Time is an independent quantity of all.

Explanation: All except CPA contains vowels in their middle. Hence, CPA is the odd among others.

Explanation: All except (15-21) are not divisible by a same number i.e. 3. Hence, the most appropriate answer for this problem is option (a.).

Question 7.Arrange the following words as per order in the dictionary and then choose the one, which comes last.

Explanation: The order of these words in the English dictionary is as follows-

Question 8.A series is given, with one term missing. Choose the correct alternative from the given ones that will complete the series.

Explanation:  The series progresses in the following pattern-

Hence, option (b.) is the correct answer.

Explanation: The series is incremented with the consecutive odd numbers started from 5. Hence, the required answer will be= 34 + 13 = 47.

Explanation: Their relative speed in opposite direction = 5 + 4 = 9 kmph;

Explanation: Interpreting the above conditions in appropriate way-

Combining all above conditions, we get the following sequence-

Hence, Alka is the tallest among others.

Explanation: The given word does not alphabet ‘N’. Hence, Option (b.) is the appropriate answer to the referenced problem.

Question 13.If in a code GONE is written as ILPB then how may CRIB be written in that code?
a. EUKY
b. EKUY
c. EYUK
d. EOKY

Question 16.Find the missing number from the given alternatives. 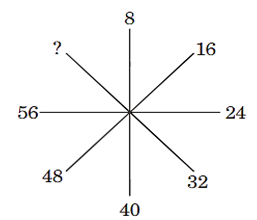 Explanation: The numbers in clockwise direction are the consecutive multiple of 8. Hence, the required number will be 8*8 = 64;

Question 17.One morning, Raju walked towards the sun. After some time he turned left and again to his left. Which direction is he facing?
a. North
b. South
c. East
d. West

Statements: 1. If people are intelligent, they should be creative.
Assumptions:

I. Creativity and intelligence are related.

Explanation: In the statement, it is clear that intelligence and creativity are co-related with each other positively. Hence, option (c.) is the correct answer.

Question 19. How many rectangles are there in the given figure?

Explanation: After counting the rectangle, the answer will be 30.

Question 20.In a village some of the goldsmiths are literates. Which diagram shows literate goldsmiths? 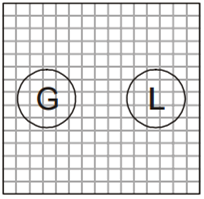 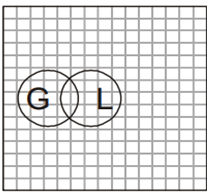 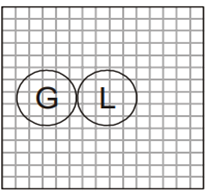 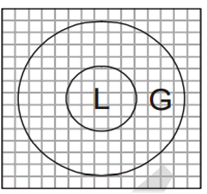 Explanation: It is clearly understood that if some goldsmiths are literate, then others are illiterate. Hence, option (b.) better represent this axiom. 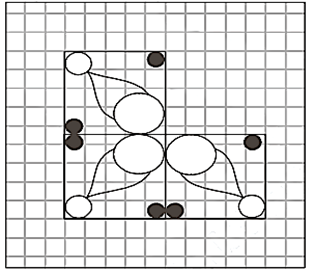 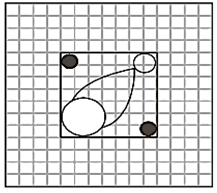 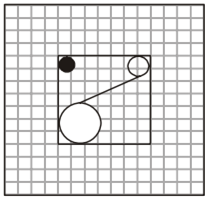 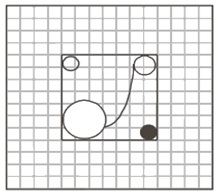 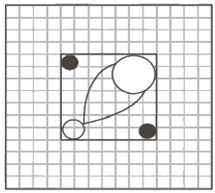 Explanation: By reversing the figure which falls in the third quadrant, we can find the right solution i.e. option (a.).

Ans. d.
Explanation: By superimposing the problem figure on each option. Hence, option (d.) will be the correct answer. 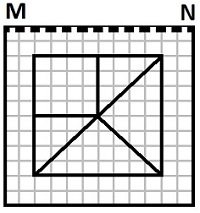 Explanation:  The glass image is always 180 degrees inverted through the mirror. Hence, option(d.) is the most appropriate answer. 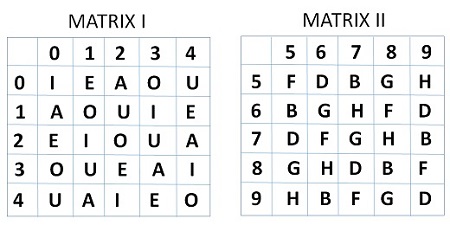 Let us find all possible combinations for the word BEAD.

From this number combinations, we can conclude that option(c.) is the most appropriate answer to this.