SSC CGL: why this exam is so popular among graduates

The Government of India had notified plenty of jobs in various ministries/departments, while private sectors/MNCs were firing their employees and recruiting in limited numbers. A Government job helps in building a stable career with authoritative responsibilities. 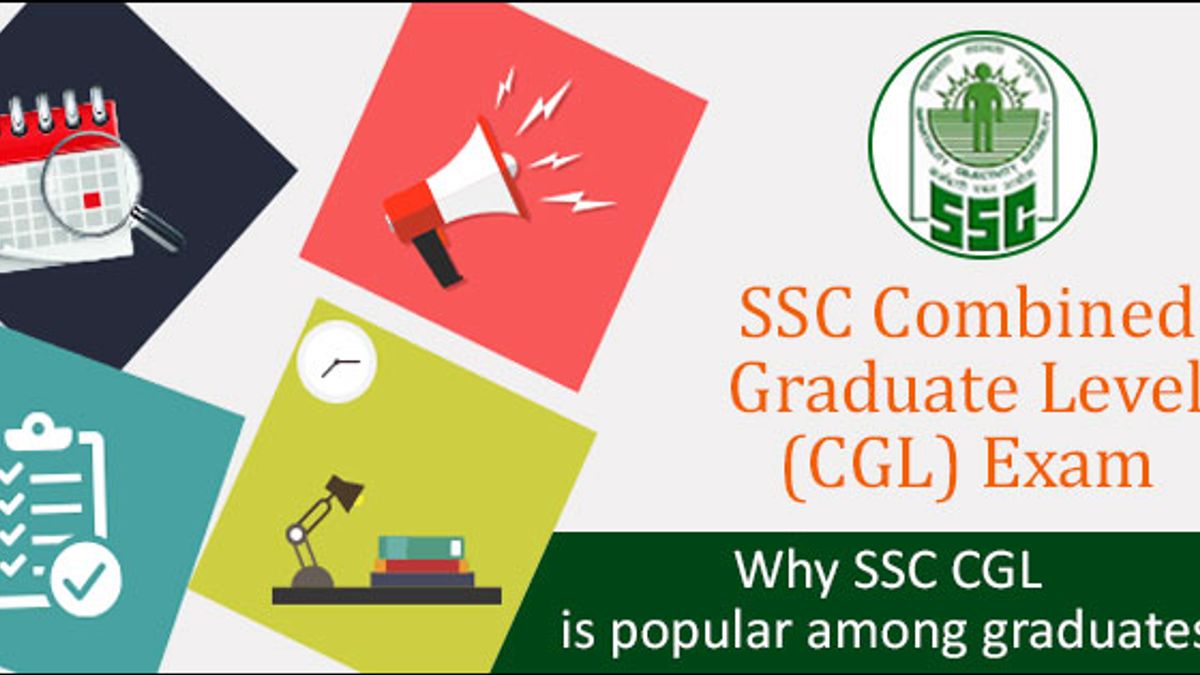 After the recession in 2008, there is a tremendous response from young graduates towards government sector jobs. If you noticed that during this period, The Government of India had notified plenty of jobs in various ministries/departments, while private sectors/MNCs were firing their employees and recruiting in limited numbers. This created a diversion from private to the government sector jobs. A Government job helps in building a stable career with authoritative responsibilities.

Staff Selection Commission is a body governed by The Government of India in recruiting staffs at multiple levels in various ministries and central government departments including their sub-ordinate offices. It is responsible for conducting almost 11 exams per year including Combined Graduate Level, Combined Higher Secondary Level, Junior Engineer, Stenographer, Junior Hindi Translator, SI-ASI in CAPFs, etc. SSC CGL is the most waited and sought exams among the graduate aspirants.

As per the SSC official records, there were approximately 15, 43, 962 candidates appeared for CGL exam in 2017. Such a huge number reflects the popularity of this exam among jobseekers. Now, a question arises, why such a number of candidates are attempting this exam when there are plenty of career options are available?

Why appear in SSC CGL exam?

Among the most of the young graduates, the only goal for them is to get a job. It is obvious that CGL is a lucrative option. However, the main reasons for opting SSC CGL are as below-

Central Government jobs are recession proof and secure. The Indian government does not follow the ‘Hire and Fire’ policy as other private/corporate sectors do. Job prospects in public sector are comparatively unaffected by the demand and supply factors prevailing in the market. Hence, The Indian Government is seen as a stable employer and provides service tenure up to 60 years of your age.

Deputation under central government departments comes with financial stability. The stipulated salary will be credited to your account in the starting of the month. All payments are made on time and there is no such case of obstructing cash flows to the employees as private sectors usually do. Therefore, you do not have to worry about the salary. Apart from this, Government employees easily get loans as compared to corporate sector employees.

How SSC promotes their officers recruited through CGL entry?

The basic salary of CGL officers gets incremented 3% annually and remaining factors fluctuate. Pay commission reviews the salaries structure offered to central government workforce. Salaries go up in every 10 years after the implementation of pay commission. In the previous pay commission that was 6th pay commission, it was very employee-friendly and attract many candidates from colleges and private sector companies. The seventh pay commission is still awaited. Let us see what it offer and how much a government employee will be benefitted.

SSC is an eminent employer when it comes to recruitment. No selection is made on the basis of caste, sex, race and religion. It gives equal opportunities for getting job and prospective promotions. The recruitment process is made transparent. One has to prove his abilities in the competitive exams for selection.

Seniority and relevant work experience under a particular ministry is a crucial factor in the government promotion policy. As a CGL officer, you will get promotions fairly under a few ministries/departments where you can go up to a considerable post. However, it is seen that after every 10 years of service, you will get a promotion. So, do not worry about it.

CGL officers get a plenty of time for their personal enrichment. There are no targets and performance related measures in this job as these are prevailing in the private sector jobs. You will get almost 2 years of study leaves and other yearly leaves too. Generally, working shift hours are also flexible. Hence, after cracking CGL exam you will have a great work-life balance.

A person employed under any ministry enjoys a dignity in the society. It also fascinates a lot of young candidates from all sectors as CGL offers you a well-paying job with a social esteem associated with it. For many candidates, SSC CGL is the first step towards becoming a gazetted officer someday, if they fail to make it in UPSC civil services exam.

SSC also conducts grade wise departmental exams time to time as per the vacancies for existing central government staffs. This facilitates them with ample prospects of growth. The exceptional performance in these exams can set an officer to an accelerated path of progress.

As SSC is the second most rated and awaited exam to become an officer under all ministries and central government departments. The popularity of this exam is transcending to a new level as an increased number of candidates are observed every year. So, start your preparation right from this moment as SSC CGL 2017 is approaching fast.