Women entrepreneurship is on the rise and the proof is these top 10 Start-up Firms headed by Women Entrepreneurs of India. Read about them and plan for a rewarding future, because you might be the next entrepreneur!

Education, be it in the domain of management or any other degree, is one asset which has certainly empowered and lifted up the morale of women entrepreneurs to give their ideas a shape for commening start-up firms in various verticals of the industry. The ventures which these women entrepreneurs are running, have not only changed the way we deal in the market but have also extended ease of time, money and effort. On this women's day, let us take out some time to congratulate and find out about the contribution of these empowered women entrepreneurs. The 21st century centuring is witnessing successful ventures which has redefined the scenario of Indian marketing landscape.

Here are the Top 10 Start-up Firms headed by Women Entrepreneurs of India:

Venture: Yatra.com
Position: Co-Founder
Venture Commenced: August 1, 2006
About Her: Sabina Chopra has completed her 11 years with the tours and travel company and is the EVP Operations at Yatra.com. She has graduated from Delhi University and began her career with Japan Airlines. She mentioned that when she was working with ebookers (between 2000 and 2005) use of Internet to make online travel bookings was growing rapidly and from there the idea of commercializing online travel fueled in her mind. Today she along with her team has shaped Yatra into one of India’s most popular travel portals. 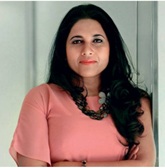 Venture: Limeroad.com
Position: Founder & CEO
Venture Commenced: 2012
About Her: Suchi Mukherjee is the Founder and CEO of online shopping portal Limeroad.com, which was founded in 2012. She has graduated from LSE, and has worked with Gumtree, an eBay Inc Company and Skype. Suchi conceived the idea of LimeRoad when she was 39 and on maternity leave. Apart from her business, her hobbies include theatre, painting, and horse riding. Her experience in the international online companies has been her strength and it helped her start the venture.

Top 10 Books for MBA Aspirants that are a must read 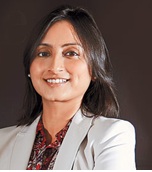 Venture: Zivame.com
Position: CEO and Co-Founder
Venture Commenced: August 2011
About Her: Richa Kar is a CEO and Co-Founder of Zivame.com, an online lingerie shopping portal of India. She graduated from NMIMS and has a prior work experience with the Spencers. Her initial hurdles in setting up Zivame were associated with incorporating the company and renting out a space for the company,  getting a payment gateway etc. But after the successful launch of this venture, she has been able to garner 5 million visitors across the nation. She choose this name for her venture because Ziva is a Hebrew word, which means radiance or splendor and 'me' is something that she added so that it becomes 'radiance me'.

Venture: Infibeam
Position: Corporate and Business Development
Venture Commenced: 2007
About Her: Neeru heads Corporate and Business Development at Infibeam.com, one of the leading ecommerce portals carrying over 100 lakh Stock keeping Units (SKUs). She graduated from Carnegie Mellon University and thereafter worked with Amazon in Corporate Development and Media retail profile. Not only this, she has spent 5 years working in the technology sector, most recently working as Product Manager, Alcatel India where she led R&D related projects in the Intelligent Network services domain for major telecom partners in India, Australia and France. Her vast experience opened the doors for her to explore new business idea and thereafter ‘Infibeam’ was discovered.

Venture: Nykaa
Position: CEO
Venture Commenced: 2012
About Her: She has graduated from IIM, Ahmedabad, and spent 19 years as an investment banker and a broker with the Kotak Mahindra Group and later moved on to become Managing Director, among other designations. Later in the end of 2012 she launched Nykaa after raising 20 crores in funding from private investors. She worked hard to tie up with world’s top notch personal care corporations like Unilever, P&G, L’Oreal, Beiersdorf, Johnson & Johnson etc. It was during this point that Falguni’s past interactions with a number of successful entrepreneurs motivated her to pursue an entrepreneurial journey. Furthermore, she gave her venture this name because Nykaa is derived from the Hindi word Nayika – an actress – a person of beauty and the symbol signifies the transformation of the pupa to the butterfly.

Venture: Pothi.com
Position: Co-founder
Venture Commenced: 2010
About Her: Jaya Jha is the co-founder at two book related ventures, InstaScribe and Pothi.com. She has gained experience of over 8 years in the software, internet, and startups sphere. Jaya is also an author, poet and speaker with three poetry collections and one novel to her credit. She holds an MBA in Marketing & Strategy from IIM Lucknow and a B.Tech. in CS&E from IIT Kanpur. Her venture Pothi.com is India’s leading print-on-demand platform where authors can go get their books printed and published, whereas InstaScribe is a platform where authors can create ebooks across various formats.

Venture: ShopClues.com
Position: Co-Founder & CMO
Venture Commenced: 2011
About Her: Ranked as one of the leading e-commerce website by Alexa Ratings, ShopClues.com is India’s one of the best e-commerce website. Radhika possessing over a decade and a half of marketing experience in various industries like retail, ecommerce, fashion & lifestyle, advertising & public relations, co-founded Shopclues.com. The e-commerce website commenced in Silicon Valley in 2011 and is currently India’s first and largest fully managed marketplace Radhika has previously worked with Nordstrom at its corporate headquarters in strategy planning and with Goldman Sachs in its Wealth Management group in New York and Menlo Park, USA. She has earned an MBA from Washington University and also holds a post graduate degree in Advertising and Public Relations. 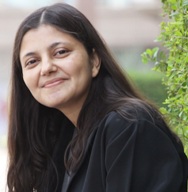 Venture: SHEROES.in
Position: Founder
About Her: SHEROES is a career destination for women professionals, committed to career success and individual work-life fit. The venture was commenced by Sairee Chahal who is a serial entrepreneur and co-founder of Fleximoms. She is also a prolific mentor and mother to a seven year old daughter. Sairee was a finalist for the Cartier Women’s Award Initiative for 2012 and voted Most Powerful Women in Indian Business, 2012 along with being featured on shows like What Women Want, Young Turks and Pioneering Spirit. Sairee has work experience as senior editor at NewsLink Services and a consultant at the Confederation of Indian Industry and Heidrick & Struggles. With such achievements she has earned great heights for Sheroes.in by aiding women of the workplace offering opportunities, resources and conversations. 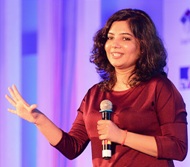 Venture: YourStory Media Pvt.Ltd
Position: Founder, CEO and Chief Editor
Venture Commenced: 2008
About Her: Born and brought up in Patna, Bihar, Shradha is the founder of YourStory.com. It is India’s media technology platform for entrepreneurs, dedicated to championing and promoting India’s entrepreneurial ecosystem. Shradha has previously worked with the likes of The Times of India and CNBC TV18. During her time gathering work experience, she noticed that the young entrepreneurs had no platform to voice their side of things. Then one night on the job she started YourStory as a blog applying all the business practices she ever learnt from working with newspapers and TV channels. Till date YourStory.com has published over 41,000 stories of entrepreneurs, innovators and change-makers and provided business networking opportunities to over 50,000 entrepreneurs and entrepreneurs through the various conferences and meetups across the country

Venture: Chumbak
Position: Co-founder
Venture Commenced: 2010
About Her: Along with Vivek Prabhakar, Shubhra Chadda founded Chumbak, an online store selling Indianised Apparel, Home and Accessories. She also shared that “I had to sell my house to start Chumbak”. Chumbak was initiated with souvenirs stocked in multi brand outlets soon transformed itself into a business spanning stores across the country in both our large format, full experience stores and pop up stores across popular malls and high streets. Currently they retail over 100 categories across 120 stores pan India.