Usage/Example: 1. It must have come as such a shock to them that he's turned out to be a little on the sexist side and somewhat uncouth (Source: The Independent)

2. The case has also drawn attention in Australia, prompting debate over the country's tolerance of uncouth behaviour by its citizens abroad. (Source: The Rakyat Post) 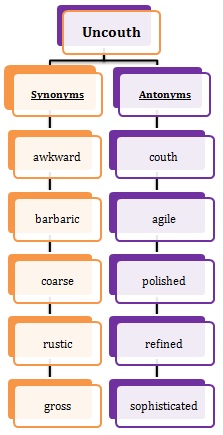