What are the prospects of overseas placement while working with SBI?

SBI is the largest public service bank in India with over 191 offshore offices in 36 countries, which makes it the best bank in the country for foreign placements of officers. The career prospects of candidates posted in overseas banks are quite bright and they can promote to higher ranks, with the experience that they own in foreign branches. 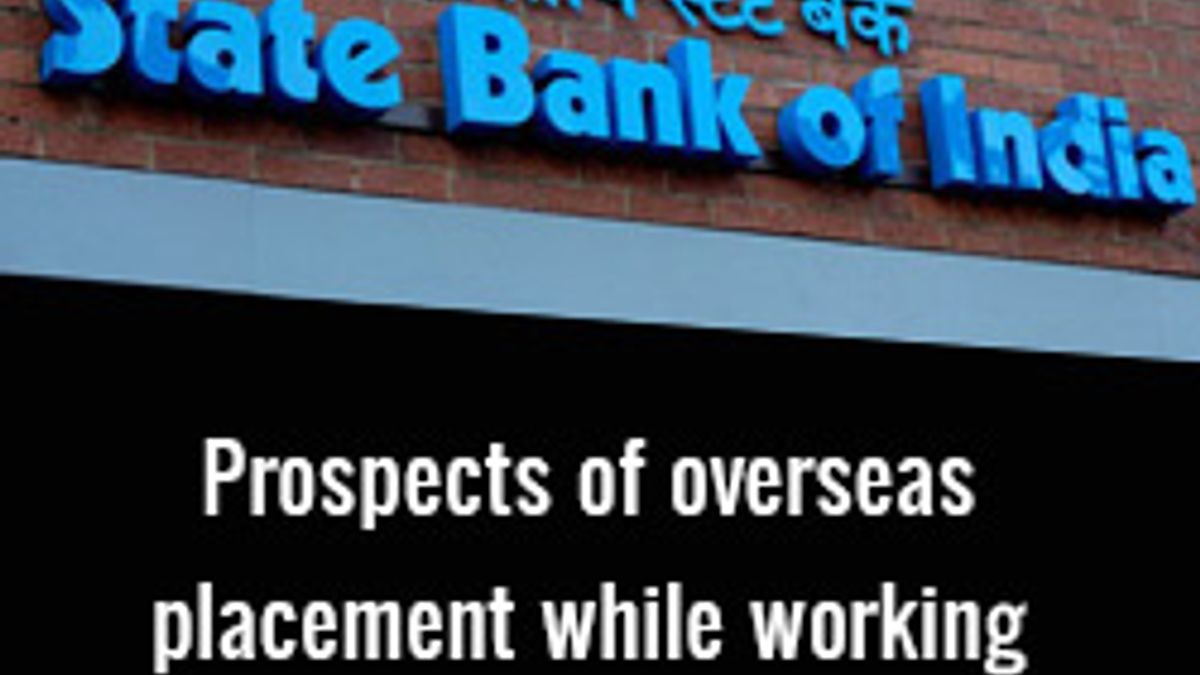 What are the prospects of overseas placement while working with SBI?

State Bank of India (SBI) is the leading public sector banking and financial services company in India. It is a multinational company with over 16,333 branches, including 191 foreign offices spread across 36 countries across the world. As of January 2016, the bank has 286 million users with 450 million accounts. The bank has the largest presence of foreign markets among all the domestic banks with branches in cities like Moscow, Colombo, Dhaka, Hong Kong, Johannesburg, London, Los Angles, New Work, Dubai etc. This provides ample scope for those candidates, who are eying for an overseas placement during their career in the bank. The selection of the candidates largely depends on the requirement and work experience of the candidates.

Selection Procedure of the Candidates:

The candidates who are willing to join the overseas branches of SBI in various countries would get to know about the vacancies in the April-March business year. The applicants are invited once a year and the process of selection gets over before the month of December. The selected officers for foreign branches need to undergo training and prepare themselves with the job requirements and responsibilities. They also need to obtain the language certificate of the country they are going to, if necessary for their job profile. The candidates can give their application of intent that they are willing to go to overseas branches. The fate of such officers is decided by the panel of officers, who judge the candidates on the basis of their performance and knowledge.

Eligibility for placement of bank officials in Overseas Branches:

The candidates applying for the offshore posting must ensure that they are eligible enough for the same. They should be in the prescribed age limit and have professional and technical qualification to hold thepost in the overseas branch. The officers who are willing to get posted overseas must have at least 2 years of residual service in any of the branches in the country mandatorily. Those candidates who would get shortlisted would have to have work experience in various banking verticals such as Credit Management, International Banking, Computer Application, Treasury Operations, Business Management, and Investment Management etc. Scale IV and V officers are generally qualified for overseas posting, selection of which is made either by ED or Chairman and Managing Director (CMD).

What is mCASH facility?

SBI has its presence in across 36 countries, which is the largest for any of the nationalised banks in terms of foreign presence. The 191 offshore offices, which are growing in numbers every year, constantly require adequate manpower to handle the business overseas. The candidates from India with impeccable working skills and leadership abilities are selected to work overseas by the higher authority in the bank. Due to the amount of requirement in the offshore branches of SBI, the number of applicants posted in these branches is significantly higher.  The officers are selected for various roles and are trained in professional institutes before sending them to overseas branches, so that they can perform well in their required area of specialisation. The officers are generally posted for a period of 5 years, which is subject to availability of further work permit in a particular country. The performance of these officers are evaluated and reviewed on yearly basis against the targets given to them. After three years of their posting their performance gets reviewed by the bank, and decision regarding further continuation is taken.

What are the benefits received by an SBI employee?

Resignation rule while the officer is posted abroad: