Yogesh Sahu, a final year engineering student from Chhattisgarh has claimed to have built an internet controlled robot to attend to patients in place of actual doctors.

Yogesh Sahu, a final year engineering student from Mahasamund, Chhattisgarh has claimed to have built an internet-controlled robot to attend to patients in place of actual doctors.

Sahu said that the technology can be used to look after patients on behalf of doctors, keeping them away from the risk. He stated that the doctors are risking their lives to save people and so he wanted to do something for them.

Yogesh Sahu is an electronics and telecommunication student. 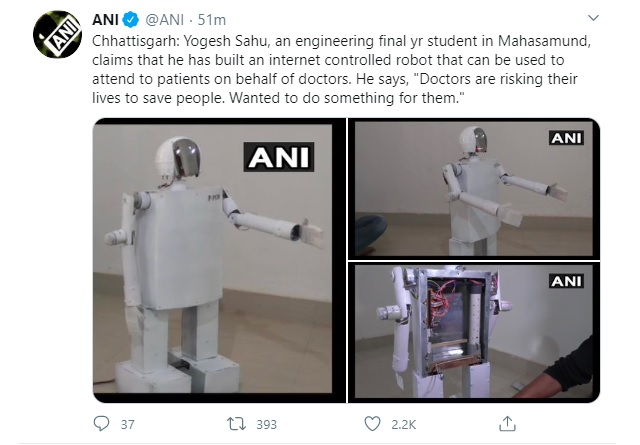 • As per Sahu, his internet controlled robot can interact with people.

• He reportedly built the robot with his two friends at a mere cost of Rs 5000.

• The robot can be connected to the internet directly and can be operated from anywhere.

• According to Sahu, Doctors can interact with the patients through the camera installed in it and give them medicines accordingly.

• The students learned how to make the robot through a YouTube channel.

According to the engineering student, the new invention will assist the doctors in their battle against COVID-19. He has urged the state government and the central government to provide them with funds so that they can make robots that will help people, especially doctors. 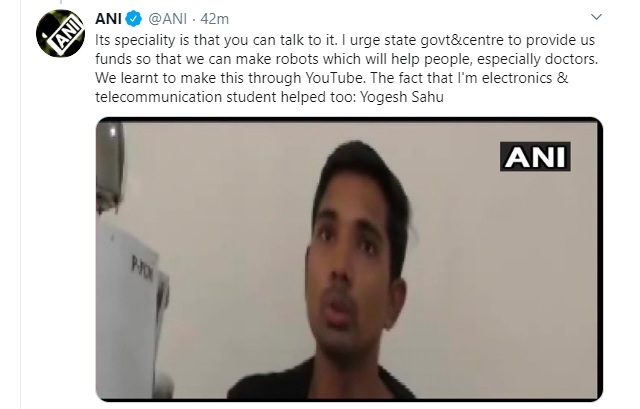 The healthcare workers in India including doctors are nurses are currently racing against time to save lives and treat and cure rising COVID-19 patients.