Afghanistan’s Rashid Khan has been named as Wisden’s Leading Twenty20 Cricketer in the World for the second year in a row. 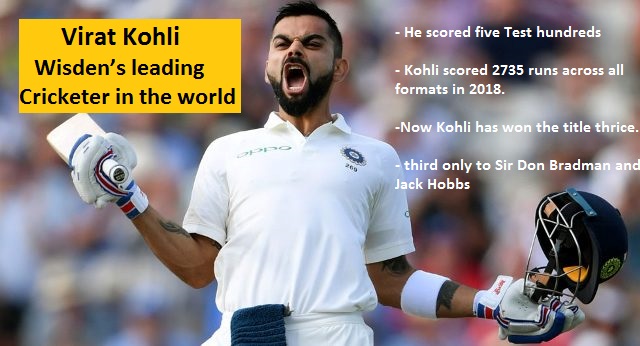 Indian cricketer Virat Kohli on April 10, 2019 was named The Wisden Almanack’s Leading Cricketer of the Year for 2018. At the same level Smriti Mandhana won the Women’s Leading Cricketer award. Now Kohli has won the title thrice, is third only to Sir Don Bradman and Jack Hobbs who have won it 10 and eight times respectively.

Virat Kohli has been named among England’s Rory Burns, Jos Buttler, Sam Curran and Tammy Beaumont in receiving the honour Wisden’s Five Cricketers of the Year.

The Wisden Cricketers’ Almanack – often labelled the “Bible of cricket” – is an annual publication founded in 1864. The Five Cricketers of the Year, a feature since 1889, form the game’s hall of fame, and the almanack has named the Leading Cricketer in the World for the previous calendar year since 2004.

John Wisden, a.k.a. “the Little Wonder”, was a prominent cricketer of the mid-nineteenth century. In 1850, he took ten wickets in an innings, all bowled, in a North vs South encounter at Lord’s. It remains a record in first-class cricket. John Wisden sold sports equipment from his London shop before branching out into publishing, producing the inaugural Wisden Cricketers’ Almanack in 1864.

After analysing a meteorite by researchers, it has been found that Sun was able to generate super-flares during initial years. These were a million times strongest solar flares than the recorded at the 1859 Carrington event. Carrington Event was a solar storm happened during solar cycle 1855–1867. 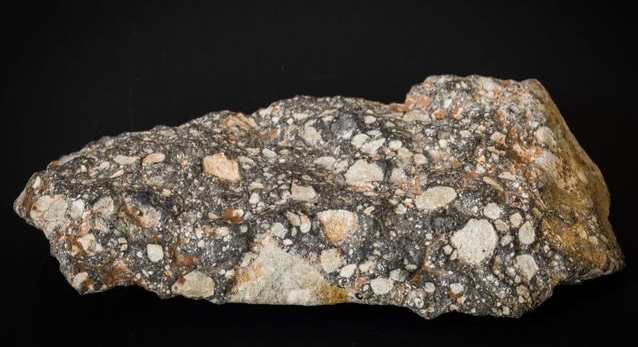 What is Coronal Mass Ejection?