US approves sale of 24 MH 60 helicopters to India

The United States has approved the sale of 24 multi-role MH-60 ‘Romeo’ Seahawk helicopters to India at an estimated cost of 2.4 billion US dollars. The announcement was made by the US State Department on April 2, 2019.

In its notification, the state department told the Congress that this proposed sale will support the US foreign policy by helping strengthen the US-Indian strategic relationship. The statement added that the sale of the helicopters will not alter the basic military balance in the region.

• The MH-60 Romeo Seahawk helicopter is considered to be the world's most advanced maritime helicopter.

• Built by Lockheed Martin, the helicopters are designed to hunt down submarines, as well as knock out ships and conduct search-and-rescue operations at sea.

• India has been in need of these formidable anti-submarine hunter helicopters for more than a decade now. The advanced choppers would replenish India's aging fleet of British-made Sea King helicopters.

• They will provide the Indian defence forces with the capability to perform anti-surface and anti-submarine warfare missions along with the ability to perform secondary missions including vertical replenishment, search and rescue and communications relay.

The helicopters are currently deployed with the US Navy as the primary anti-submarine warfare anti-surface weapon system for open ocean and littoral zones.

According to industry experts, it is the most capable naval helicopter available in recent times, which is designed to operate from frigates, destroyers, cruisers and aircraft carriers. 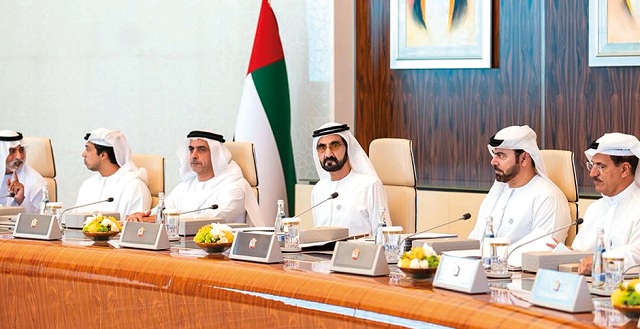 The United Arab Emirates (UAE) on March 31, 2019 announced new visa guidelines as per which family members of foreign citizens, including Indians, working in the country will now be able to get an "expat visa" if the working relative fulfils income criteria.

The new process for visa facilitation was announced by UAE Cabinet. Under the new guidelines, the salary of the expat will be taken into account rather than job title to sponsor their immediate family member to come and stay with them.

• The UAE Cabinet has adopted a decision to amend provisions of the resolution on sponsoring of family members of the foreign workers in the country.

• The amended provisions now indicate income as a requirement for sponsoring family members, as opposed to the previously listed professions that allowed workers to sponsor their families.

• Under the new changes, the expatriate residents, both employers and employees, may sponsor their families in the UAE provided they have a valid residency permit.

• The male residents employed in the UAE will be able to sponsor their immediate family members, such as wife and children, provided that they fulfill the income criteria, which includes having a minimum salary of 4,000 Dirhams or 3,000 Dirhams plus accommodation.

• The other key requirement for male residents is that they must hold a profession that allows them to sponsor their family. However, the mother will not be allowed to sponsor her family.

• Besides, domestic helpers and certain other categories can also not sponsor their families regardless of their salary.

The cabinet decision called on relevant government entities to conduct studies to assess and enhance the services provided to residents, including aspects of education and health and encourage the active participation of their family member in the job market as an alternative to recruiting new workers from abroad, within the existing policies and regulations.