Both Mukwege and Murad made a crucial contribution to focus attention on combating war crimes. Both of them have helped to give greater visibility to war-time sexual violence, so that the perpetrators can be held accountable for their actions.

The Norwegian Nobel Committee on October 5, 2018 awarded the 2018 Nobel Peace Prize to Denis Mukwege and Nadia Murad “for their efforts to end the use of sexual violence as a weapon of war and armed conflict”.

Both Mukwege and Murad made a crucial contribution to focus attention on combating war crimes. Both of them have helped to give greater visibility to war-time sexual violence, so that the perpetrators can be held accountable for their actions.

Denis Mukwege is the helper who has devoted his life to defending the victims and seeking justice for them, while Nadia Murad is the witness who speaks of the abuses perpetrated against her and others. She is courageous enough to recount her own sufferings and speaking up on behalf of other.

Mukwege and Murad have put their personal security at risk by courageously combating war crimes and seeking justice for the victims. 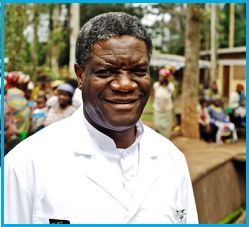 • Denis Mukwege, a physician, has spent large parts of his adult life helping the victims of sexual violence in the Democratic Republic of Congo.

• Mukwege and his staff have treated thousands of patients who have fallen victim to such assaults. Most of the abuses were committed in the context of a long-lasting civil war that has cost the lives of more than six million Congolese.

• He has repeatedly condemned impunity for mass rape and criticised the Congolese government and other countries for not doing enough to stop the use of sexual violence against women as a strategy and weapon of war. 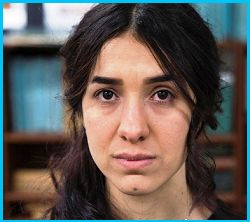 • Nadia Murad is a member of the Yazidi minority in northern Iraq, where she lived with her family in the village of Kocho.

• Nadia Murad is one of the 3000 Yazidi girls and women who were victims of rape and other abuses by the Islamic State (IS) army. The IS army launched a brutal attack on the villages of the Sinjar district to decimate the Yazidi population in August 2014.

• The abuses were systematic and part of a military strategy. They served as a weapon in the fight against Yazidis and other religious minorities.

• The younger women were abducted and held as sex slaves. While a captive of the IS, Nadia Murad was repeatedly subjected to rape and other abuses. Her assaulters threatened to execute her if she did not convert to their version of Islam.

• After three months of assault, Nadia Murad managed to escape and spoke openly about her sufferings.

• In 2016, at the age of just 23, she was named the UN’s first Goodwill Ambassador for the Dignity of Survivors of Human Trafficking.