The merger will boost the 4G spectrum holdings of Sunil Mittal-led Bharti Airtel group, which has been competing against Mukesh Ambani-controlled Reliance Jio Infocomm. 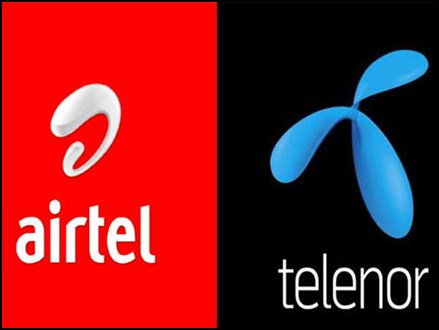 The Department of Telecommunications (DoT) on May 14, 2018 approved Bharti Airtel’s acquisition of Telenor India. The department has transferred all licences belonging to the Indian unit of Norway-based Telenor to Bharti Airtel.

With this approval, Bharti Airtel will buy Telenor India in a no-cash deal and will take over its outstanding spectrum payments of Rs 1650 crore.

How this deal will be significant for Bharti Airtel?

• The Bharti Airtel and Telenor India merger will boost the 4G spectrum holdings of Sunil Mittal-led Bharti Airtel group, which has been competing against Mukesh Ambani-controlled Reliance Jio Infocomm.

• The Telenor buyout will boost Bharti Airtel’s adjusted gross revenue by around Rs 1400 crore annually, which in turn, will significantly sustain its operating income.

• The deal will help the company in consolidating its market leadership position with over 330 million customers.

• Telenor India, for long, has been looking for a long-term solution for its Indian business, which has been losing Rs 4 crore a day with a customer base that has been shrinking gradually.

• Telenor India is currently burdened with almost Rs 6000 crore of debt, however, this debt is expected to be borne by Telenor itself. Airtel will only take over Telenor India’s outstanding spectrum payments.