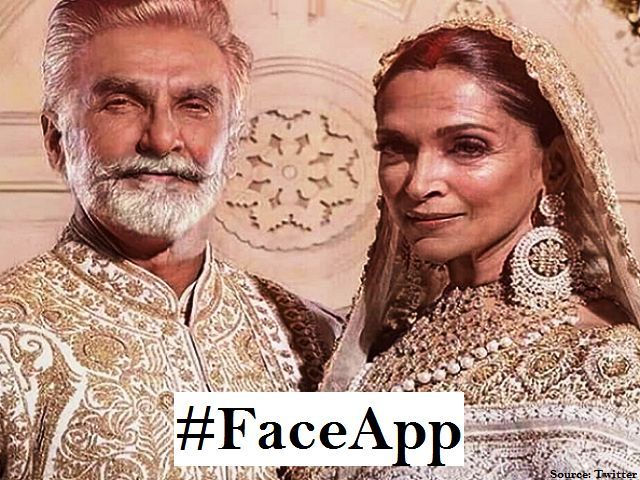 FaceApp Old-age Filter has taken the internet by storm by offering realistic transformation in age through updated filters. The age filter has become the new sensation on Twitter and Instagram. The app has been downloaded by over 100k million people who are constantly posting pictures of what they might look like in their old age. Celebrities like Nick Jonas, Varun Dhawan and Arjun Kapoor also posted their FaceApp-edited pictures on social media platforms like Twitter and Instagram, under the #FaceAppChallenge. Though launched two years back in 2017, the app recently gained the limelight as the in-app features have been improvised; the app has gotten good now!

The FaceApp is an AI photo editor that enables users to edit their own or someone else’s face to make it appear older or younger. Have a look at some of the pictures shared by the celebrities and enjoy the good laughs.

Indian Cricket Team Caption Virat Kohli would look like this in his old age:

Know how your favourite Harry Potter characters would look like in their old age here such as Daniel Radcliffe (Harry Potter), Emma Watson (Hermione Granger), and Rupert Grint (Ron Weasley). These looks have been created using the FaceApp. Have a look:

American pop rock band, Jonas Brothers also posted their aged picture, edited by FaceApp, on Twitter. The picture says, “When you take a trip to Year 3000”. Have a look:

Users can easily download the FaceApp on the Apple App Store or Google Play. The App is free to download and can be used for free for three days.

How does the FaceApp works?

Want to know how old will you look in your 60s or how old will your siblings or friends look while getting on to their 50s or 60s? FaceApp does it all! The app allows you to choose a picture from your Gallery or photo storage and edits the picture with the filter chosen by you.

The app itself guesses where you will wrinkle, which part of your face will sag and what will happen to your hairline when you grow old.

The app doesn’t just ages you, it also offers some other edits such as putting a smile on face, make someone look younger even swaps the gender of the image.

The app does all this with the help of neural networks, an AI (Artificial Intelligence) Technology.