Feroz Shah Kotla Stadium in Delhi was renamed as Arun Jaitley Cricket Stadium in the memory of former DDCA President on September 12, 2019. The DDCA (Delhi and District Cricket Association) had decided to honour Arun Jaitley on August 27, 2019. The veteran politician breathed his last on August 24 after a prolonged illness.

The renaming ceremony was held at the Jawahar Lal Nehru Stadium. The inauguration of the Arun Jaitley cricket stadium was done digitally by Home Minister Amit Shah in the presence of the late Union Finance Minister's family. Arun Jaitley had earlier served as the President of the Delhi District Cricket Association (DDCA) as well as the vice-president of the Board of Control for Cricket in India. 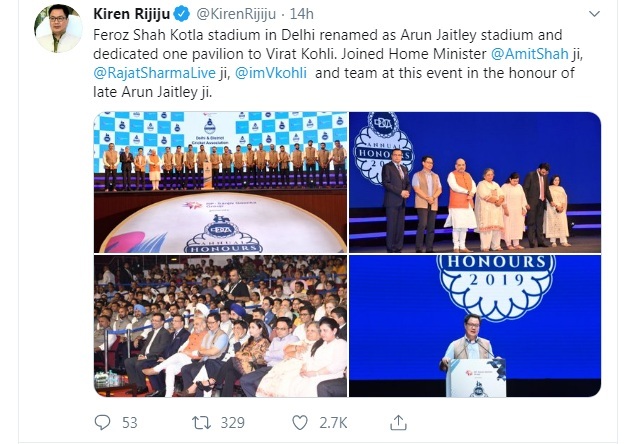 Speaking on the renaming of the stadium, current DDCA president Rajat Sharma said, "What can be better to have it named after the man who got it rebuilt under his presidentship. It was Arun Jaitley's support and encouragement that players like Virat Kohli, Virender Sehwag, Gautam Gambhir, Ashish Nehra, Rishabh Pant and many others could make India proud."

DDCA also unveiled a new pavilion stand at the Feroz Shah Kotla, which has been named after Indian skipper Virat Kohli in honour of his achievements. Virat Kohli recently became the most successful Indian captain in Test cricket, surpassing M S Dhoni. 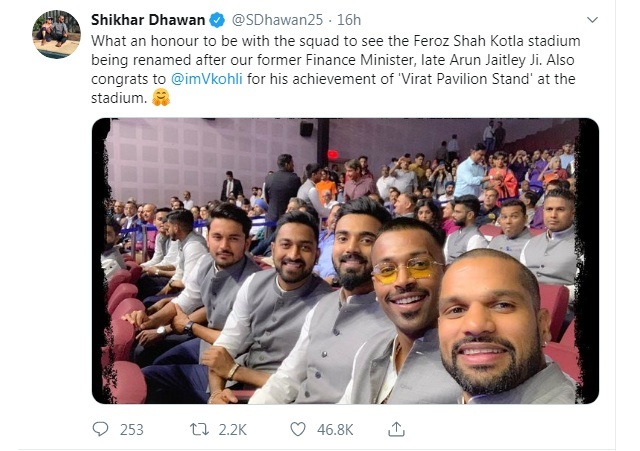 Arun Jaitley had served as the President of DDCA from 1999 to 2013. During his term, Arun Jaitley is credited with major transformations at the Feroz Shah Kotla.

It was under Jaitley's term that the renovation of the stadium to transform it into a modern facility was initiated. The stadium's capacity was also increased at the time to ensure more fans can be accommodated.