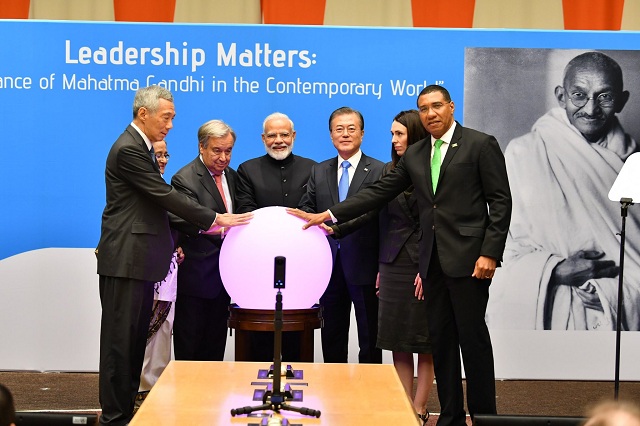 Gandhi Solar Park: Prime Minister Narendra Modi along with other world leaders inaugurated the Gandhi Solar Park at the UN headquarters in New York on September 24, 2019.

The launch took place during an event hosted by PM Modi- 'Relevance of Mahatma Gandhi in the Contemporary World' at the UN headquarters. While addressing the event, PM Modi thanked the United Nations for the programme and issuance of the commemorative stamp. The event highlighted the continuing relevance of Gandhian values in today’s world. 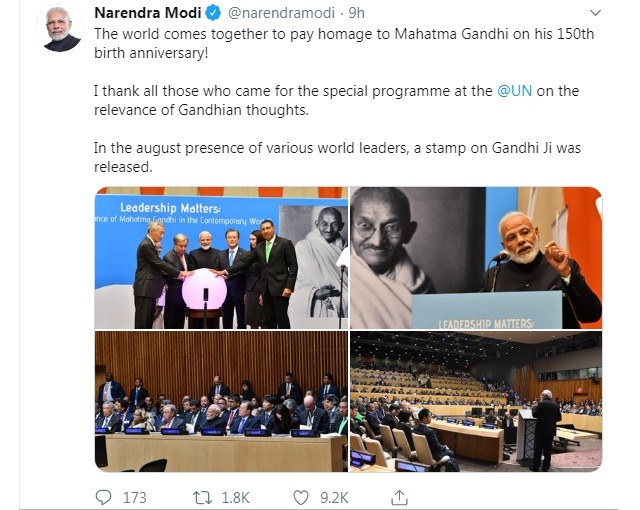 The 50 kilowatt Gandhi Solar Park is the first of its kind symbolic Indian effort at the UN, which brings to focus India’s attempt to walk the talk on climate change and climate action.

The roof-top solar park was built at a cost of US $1 million. It has 195 solar panels and each panel is powered to reach the max of 50 KWn of power generation, which will take the park’s annual output to 86,244 KWh.

The annual output by the solar park will equal 61 metric tonnes of CO2, 30,242 kg of coal burned and carbon sequestered from 1,008 tree seedlings grown for 10 years.

The 'Gandhi Peace Garden' was also inaugurated on the occasion by PM Modi at the State University of New York at Old Westbury in Long Island. 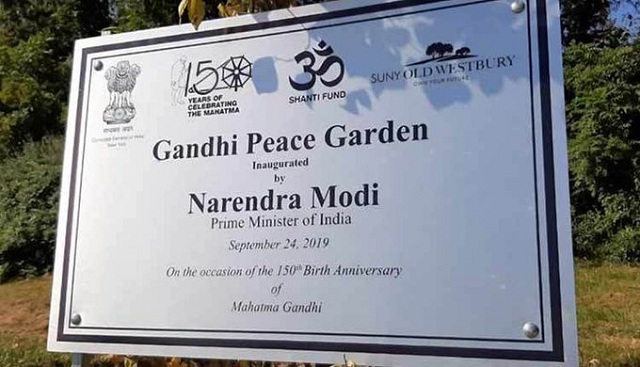 Approximately, 150 trees were planted in the peace garden to honour Mahatma Gandhi on his 150th birth anniversary. The Gandhi Peace Garden is a crowd-sourced project with people adopting the trees in the memory of their loved ones.