Girish Chandra Murmu and Radha Krishna Mathur have been sworn in as the first-ever Lieutenant Governors of J&K and Ladakh Union Territories respectively. 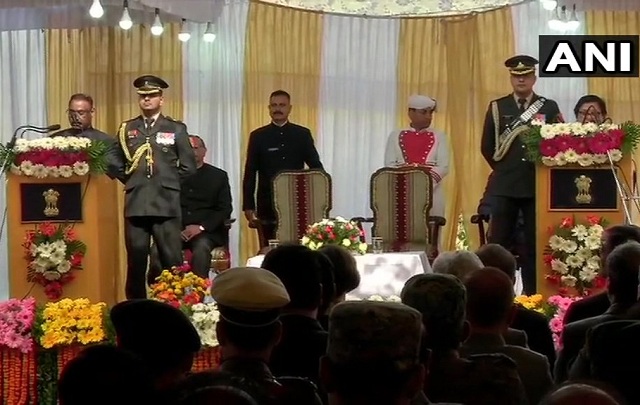 Girish Chandra Murmu and Radha Krishna Mathur were sworn in as the first Lieutenant Governors of Jammu and Kashmir and Ladakh Union Territories respectively on October 31, 2019. 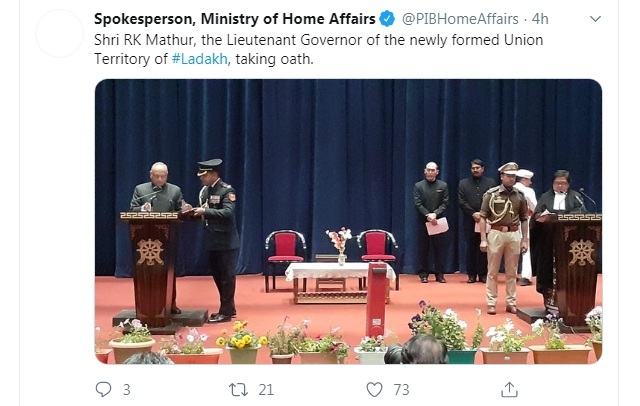 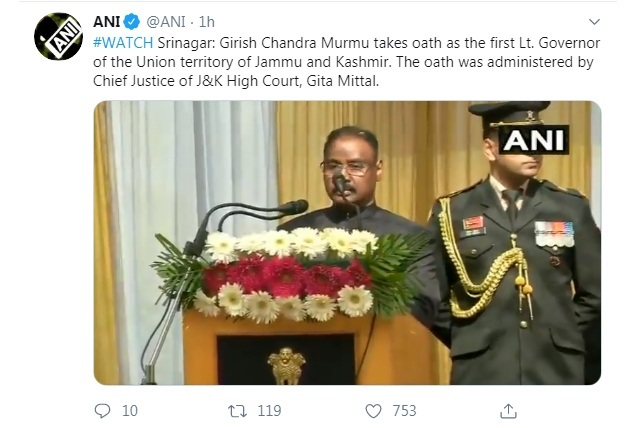 Malik, who oversaw J&K during the transition phase from a state to two UTs, was transferred and appointed as the new Governor of Goa less than a week before the formal bifurcation of the state. Malik served as the Governor of Jammu and Kashmir for a term of 15 months, beginning August 23, 2018.

• Radha Krishna Mathur had earlier retired as the Chief Information Commissioner in November 2018. He was appointed to the post in 2016.

• Previously, he had served as the Defence Secretary in the Union Ministry of Defence and as the Micro, Small and Medium Enterprises Secretary of India.

• He was also formerly the Development Commissioner and the Chief Enforcement Officer in the Union Ministry of Textiles, under the central government.

• Girish Chandra Murmu, the new Governor of J&K UT, is a retired IAS officer from the 1985-batch Gujarat-cadre.

• He is currently serving as the Expenditure Secretary under the Union Ministry of Finance. His term will expire as October ends.

• Girish Chandra Murmu is known to be a trusted aide of PM Narendra Modi and Home Minister Amit Shah from the time when Modi helmed the state of Gujarat.

• Murmu had served as the Principal Secretary to Narendra Modi when he was the Chief Minister of Gujarat.

Also read: Powers of Governors and Lt. Governors: How will it Impact two new UTs Jammu & Kashmir and Ladakh?