This is the government’s second attempt to sell the national carrier. In 2018, the government had attempted to sell a majority stake in the airline but failed to get a single bid. 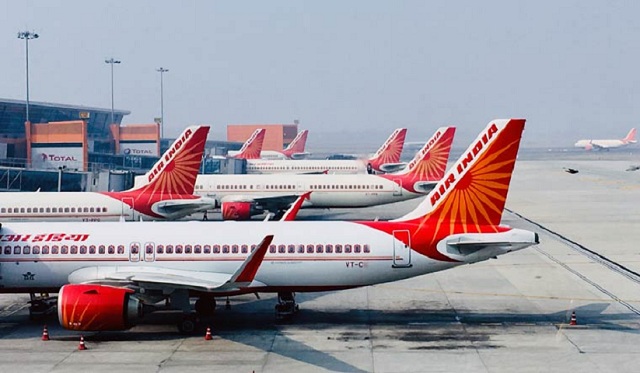 The central government announced its plan of selling its 100 percent stake in Air India on January 27, 2020. The government has invited bids with March 17 as the deadline for the expression of interest (EOI) submissions.

This is the government’s second attempt to sell the national carrier. In 2018, the government had attempted to sell a majority stake in the airlines but failed to get a single bid.

Air India operates on both domestic and international routes and has some of the most profitable international and domestic landing and parking slots.

• The government released a document inviting expressions of interest in Air India on January 27, which states that it is willing to sell its full stake in the carrier.

• The document has set March 17 as the deadline for the submissions of the expressions of interest.

• The document states that the bidder would have to agree to assume roughly $3.26 billion in debt, along with other liabilities, as per a Reuters report.

• All the attention currently is on the portion of the airline’s debt that will be taken off its books and qualification for the prospective bidders.

• The bidders will have to respond to the Expression of Interest (EoI) by March 17, 2020. Some of the potential bidders include Tata Group, Hindujas, IndiGo, SpiceJet and a few private equity firms.

• The government document limits the scope of any foreign bidders interested in the asset, saying that substantial ownership and effective control of Air India would have to remain with an Indian entity following the sale.

• However, foreign airlines could join hands with local players and place a joint bid.

Air India is currently facing an average daily loss of about Rs 20-25 crore. As per official data, the airlines had an operating revenue of Rs 25,509 crore, operating expense of Rs 30,194 crore and an operating loss of Rs 4,685 crore in the fiscal year 2019.

On a net basis, the loss incurred by the airline was a record high at Rs 8,556 crore in the previous financial year. Hence, the central government is not keen on giving any more financial support to the airline and has announced its plan to shut it down if the second disinvestment attempt fails.

This time, the government has decided to sell its entire stake in the airline and also remove a large part of its debt and clear its other liabilities.

As per industry analysts, even though the overall economic environment remains subdued, there would be significant investor interest for Air India given its wide domestic and international network. IndiGo is expected to be one of the strong contenders for Air India.

Air India, known for its Maharaja mascot, is one of India’s leading airlines. The national carrier has a wide domestic and international network, traffic rights, technical manpower, large fleet and slots at key foreign airports such as London and Dubai,.

It is the largest international carrier out of India with a market share of 18.6 percent. Its domestic market share was 11.9 percent in December 2019. Overall, the carrier has a fleet of 125 aircraft.