The Nobel Prize is considered the most prestigious prize in the world. This prize is given in the 6 fields’ i.e, Physics, Chemistry, Medicine, Literature, Economics, and Peace Prize. These prizes were commenced in 1901. The recipients of the first Nobel Prizes were given 150,782 SEK. In 2017, the Nobel laureates were awarded a prize amount of 9,000,000 SEK.

Who Selects the Nobel Laureates?

In his last testament, Alfred Nobel specifically designated the institutions responsible for the prizes he wished to be established:

On 27 November 1895, Alfred Nobel signed his testament, giving the largest share of his fortune to a series of prizes in Physics, Chemistry, Medicine or Physiology, Literature, and Peace.

Worthy to mention that despite having been nominated five times, Mohandas Karamchand Gandhi never won the Nobel Prize.

Now let's have a look at the important facts about the Nobel Prizes;

3. Malala Yousafzai is the youngest Nobel Laureates who got the Peace Prize in 2014 at the age of just 17 years. 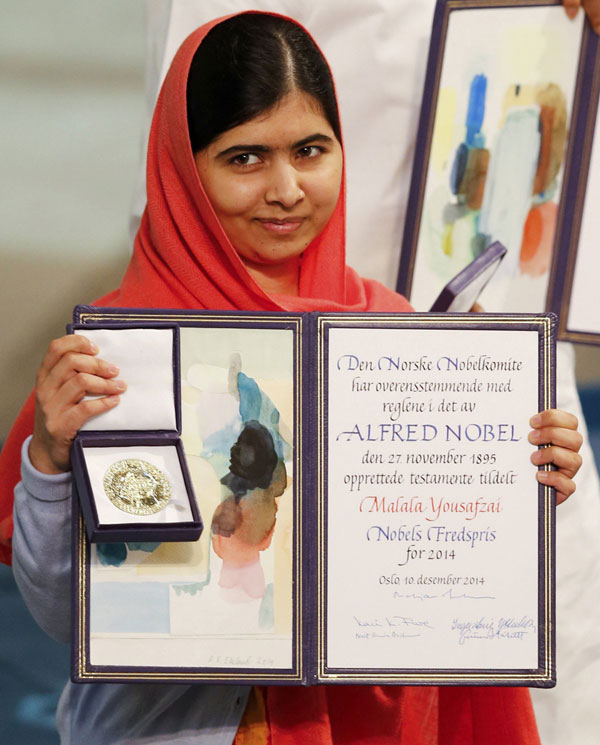 4. John B. Goodenough is the oldest recipient of this prize in Chemistry 2019 at the age of 97 years.

5. Alfred Nobel left most of his estate, more than SEK 31 million (today approximately SEK 1,702 million) to be converted into a fund and invested in “safe securities.”

7. John Bardeen is the only Nobel Laureate who has been awarded the Nobel Prize in Physics twice, in 1956 and 1972.

16. The first Nobel Peace Prize was awarded in 1901 to Henry Dunant (Switzerland) and Frédéric Passy (France).

17. The Peace Prize is the only prize that is not presented in Stockholm. This prize is presented annually in Oslo, in the presence of the King of Norway, on December 10, the death anniversary of Alfred Nobel.

19. It is known that so far 9 Indians/people of Indian origin have received Nobel Prize and the first Indian to receive the Nobel Prize was Rabindra Nath Tagore.

So these were some interesting facts about the Nobel Prize. There are a lot of questions are asked in the various exams based on the Nobel Prizes. So these facts need to be remembered carefully.

Why were Nobel Prizes started?