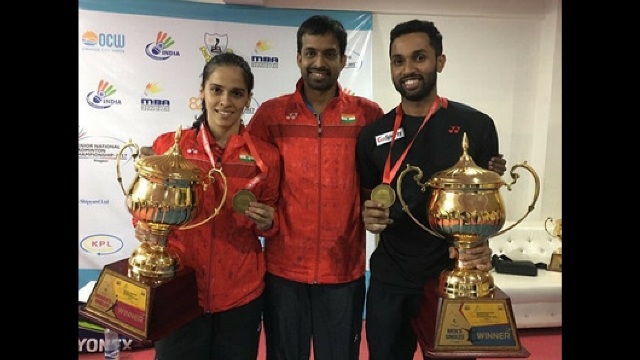 The two players have played against each other four times in their international career and Srikanth emerged as the winner on the last three occasions. The only time Prannoy beat Srikanth was way back at the 2011 Tata Open.

In the women’s singles event, World No 11 Saina Nahwal beat top seeded World No 2 PV Sindhu in straight sets of 21-17, 27-25 to win the National championship. Saina entered the women's singles final of the tournament after defeating fifth seeded Anura Prabhudesai 21-11 21 -10.

The Championship is a tournament organized to crown the best badminton players in India.

The tournament was established in 1934 and until 1960s foreign players were also allowed to participate in the tournament.

In the National Championship’s 2016 edition, Sourabh Verma had won the men’s singles title after defeating Lakshya Sen 21-13, 21-12, while in the women’s category Rituparna Das had won the title by defeating Reshma Karthik 21-12, 21-14.