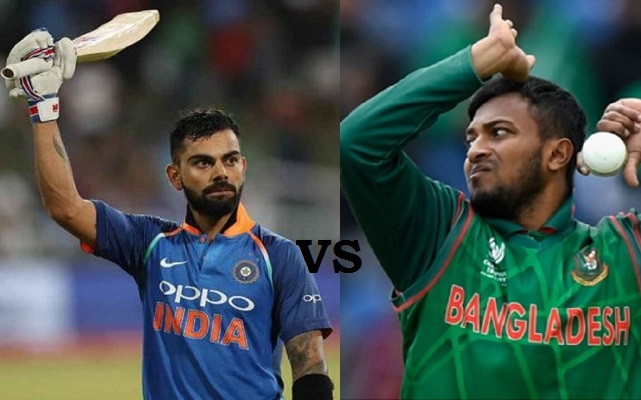 India vs Bangladesh Dream 11 Prediction| Predicted 11, World Cup 2019: The formidable India are set to face Bangladesh at Edgbaston in Birmingham today from 3pm IST. India needs one win to make it to the world cup semi-finals, while Bangladesh needs to win both of its remaining world cup group stage matches to have a chance at being the fourth semi-finalist. India, formerly unbeaten in the 2019 world cup, was beated by England by 31 runs on June 30. India currently has 11 points from seven matches and Bangladesh has 7 points from seven matches.