Union Home Minister Rajnath Singh has inaugurated the country's first ‘smart fence’ pilot project along the India-Pakistan International Border in Jammu and Kashmir. The smart fence pilot project is expected to be a massive boon for monitoring security situations in border areas. 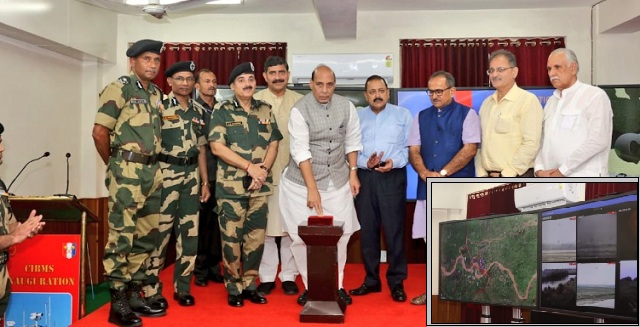 The Union Minister launched the project from the BSF Headquarters during his one-day visit to the state. The initiative has been taken up by the Border Security Force (BSF), as part of their comprehensive integrated border management system.

• The pilot project involves deploying of laser-activated fences and technology-enabled barriers to plug vulnerable gaps along the frontiers.

• The smart fencing uses a number of devices for surveillance, communication and data storage.

• The innovative system provides for round-the-clock surveillance on the border, even in different weather conditions be it dust storm, fog or rain.

• The BSF has not disclosed its complete features due to security reasons.

The smart fence pilot project is expected to be a massive boon for monitoring security situations in border areas.

It is a technological solution devised to make the security system at the borders more strong and effective.

The system will virtually make it impossible for terrorists to infiltrate into the Indian side of the border.

According to Home Minister Rajnath Singh, the shortcomings of the pilot project will be addressed to make the Comprehensive Integrated Border Management system fool proof before it is extended to other areas.