It is one of the most popular races on the Formula One calendar, due to the scenic and historical Spa-Francorchamps circuit being a favourite of drivers and fans. 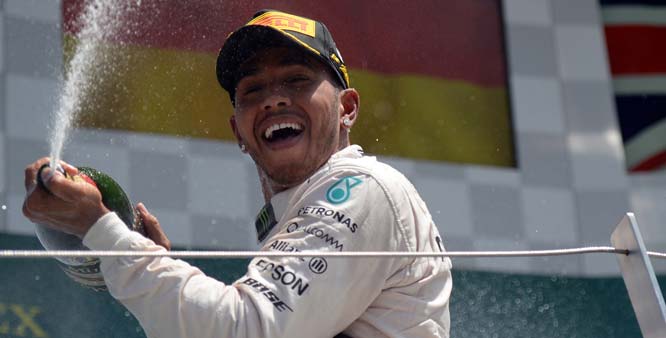 The race was held at Circuit de Spa-Francorchamps Stavelot, Belgium.

• Born on 7 January 1985, Lewis Hamilton is a British racing driver.

• He races in Formula One for the Mercedes AMG Petronas team.

• A three-time Formula One World Champion, he is often considered the best driver of his generation and widely regarded as one of the greatest Formula One drivers in the history of the sport.

• He won his first World Championship title with McLaren in 2008 before moving to Mercedes, where he won back-to-back titles in 2014 and 2015.

• He is also the only driver to have won at least one Grand Prix in every season he has competed in.

• The Belgian Grand Prix is an automobile race, part of the Formula One World Championship.

• It is one of the most popular races on the Formula One calendar, due to the scenic and historical Spa-Francorchamps circuit being a favourite of drivers and fans.

• The first national race of Belgium was held in 1925 at the Spa region's race course, an area of the country that had been associated with motor sport since the very early years of racing.

• To accommodate Grand Prix motor racing, the Circuit de Spa-Francorchamps race course was built in 1921 but it was only used for motorcycle racing until 1924.