ICC World Cup’s official broadcaster Star Sports have brought back the famous Mauka Mauka advertisement, fans call it out for the lack of grace. 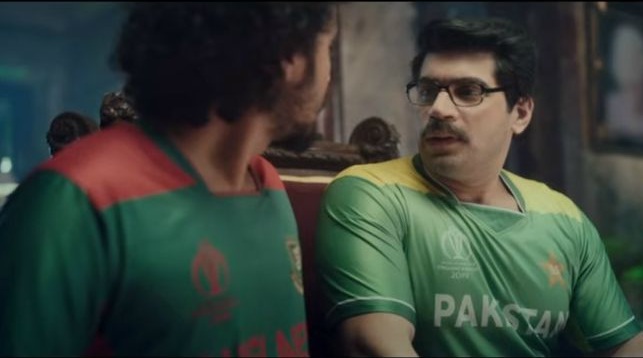 While India is scheduled to play its next world cup 2019 match against New Zealand, the momentum is already building for the mother of all clashes, India vs Pakistan, which is scheduled to take place on June 16, 2019.

With the ongoing diplomatic tensions between the two neighbouring countries, the emotions are expected to run higher this time around when the Men in Blue take on their biggest cricketing rivals, Pakistan.

To cash in on the hype, Cricket World Cup’s official broadcaster Star Sports has brought back the famous Mauka Mauka advertisement, which has been the popular slogan for the previous India vs Pakistan world cup clashes.

However, this time the advertisement has a father ‘s day twist, as India vs Pakistan ICC World Cup 2019 match is scheduled for June 16, which is celebrated globally as Father’s day. The advertisement draws focus on Pakistan’s dismal record against India in the cricket world cup with an underlining reference to who is the real father.

While India’s neighbours had not found the advertisement very amusing previously, the ad had gained a lot of popularity in India. However, this time, the situation is different as the ad received a lot of backlash from Indian fans on social media, especially on twitter.

The Indian fans seemed not at all impressed with the ad, especially with its reference to father’s day and called it to be in bad taste. Some fans also reminded the channel about how a similar campaign had backfired heavily for India during the 2017 Champions Trophy when Pakistan had defeated India in the final.

The twitterati asked the channel to grow up and called out the ad for its lack of grace. Here are some of the tweets:

India vs Pakistan is one of the biggest matches of world cricket, owing to diplomatic rivalries between the two nations. Despite close calls, Pakistan has never won a world cup match against India.

India and Pakistan have had six encounters in ICC Cricket World Cup and India has managed to win all six. Pakistan has also failed to record a win against India in T20 World Cup.