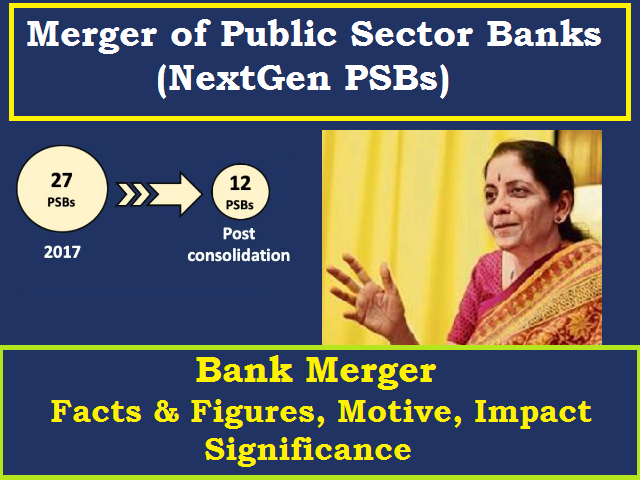 Mega Bank Merger: Union Finance Minister Nirmala Sitharaman announces the merger of ten big public sector banks (PSBs) into four. The banks which are being merged are Punjab National Bank, Oriental Bank of Commerce, United Bank of India, Indian Bank, Allahabad Bank, Canara Bank, Syndicate Bank, Union Bank of India, Andhra Bank and Corporation Bank. India will now have 12 Public Sector Banks from 27 in 2017. The merger of banks was announced under the Bank Consolidation plan among other major initiatives and steps to accelerate the economic growth of India.

While addressing a press conference, FM Sitharaman mentioned that only six banks showcased profitability in the 4th Quarter of 2018-19. However, in Quarter 1 of 2019, 14 PSBs showcased growth and profit. In order to boost the national presence of banks along with their global reach, the amalgamation of banks was necessitated. This is not the first time that the Government is merging the banks together. Earlier, under the Banks Consolidation plan itself, the Government had merged all the entities of State Bank of India into one and merged Bank of Baroda, Dena Bank and Vijaya Bank as one single entity. The merger of these banks is aimed at making India a USD 5 trillion economy.

Banks to be merged together are:

- Punjab National Bank, Oriental Bank of Commerce, United Bank of India will be merged as one

The Government targets USD 5 trillion economy through these bank reforms and consolidation. The Government would infuse Rs 55,250 Crore of capital in these 10 big banks for their credit growth and regulatory compliance to boost the economy. Apart from these merged banks, two public sector banks will continue to work as an independent body to strengthen national presence. These banks are Bank of India and Central Bank of India. Four regional banks will also continue to work independently to strengthen the regional focus. These are: Indian Overseas Bank, UCO Bank, Bank of Maharashtra and Punjab & Sind Bank

Details of Amalgamation of 10 Banks into 4 NextGen PSBs

Finance Minister Sitharaman also announced capital infusion in the public sector banks with an aim to scale them. The Government plans to infuse Rs 55,250 Crore of capital in the PSBs. Have a look at bank-wise capital infusion: 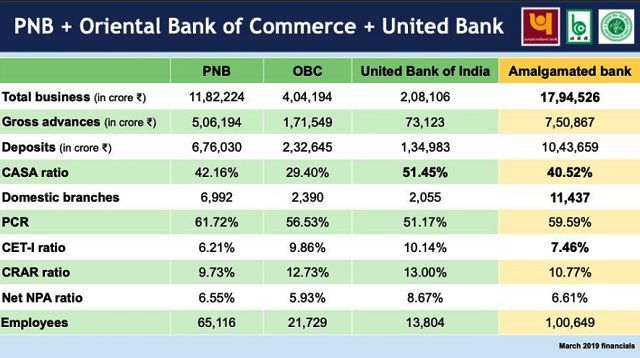 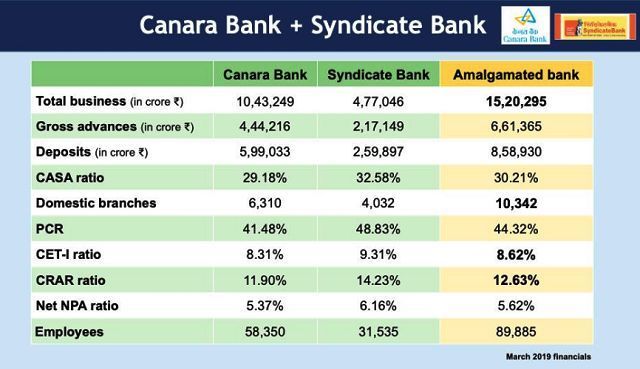 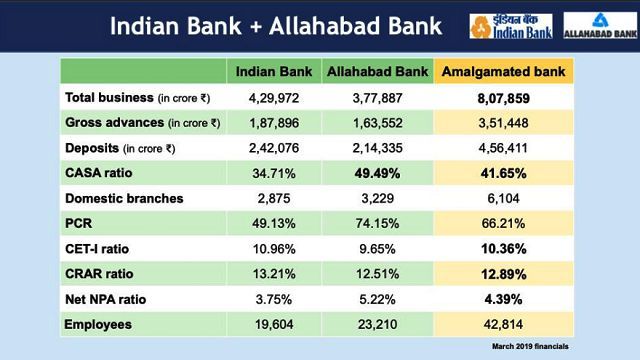 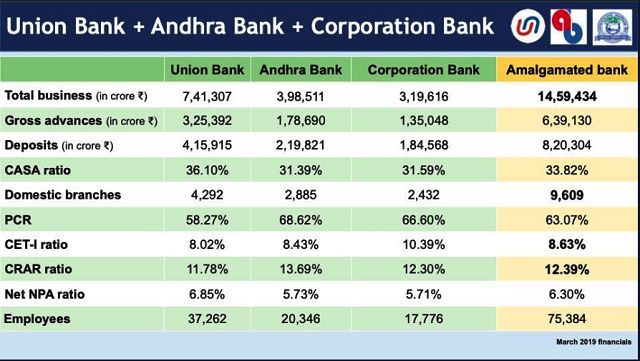 Motive & Objective behind Merger of PSBs

The Finance Ministry opines that the merger of these 10 public sector banks (PSBs) will help India make a USD 5 Trillion Economy. The bank merger was done under the bank consolidation plan of the Union Government. Have a look at the government’s objective behind the merger of these banks:

- Banks with a strong national presence and international reach

- Next Generation technology for the banking sector