Chinese President Xi Jinping arrived in Chennai on October 11, 2019 for a two-day visit to India. Prime Minister Narendra Modi will receive the Chinese President at Mamallapuram in Tamil Nadu, where they will hold their second informal summit.

PM Modi had arrived in Chennai earlier today by a special aircraft and he will be taking a helicopter to reach Mamallapuram, which is also popularly known as Mahabalipuram.

PM Modi will personally guide the visiting Chinese President through Mamallapuram’s historic monuments and relics such as the Krishna butterball, Ganesh Rath, Arjun's Penance, Panch Rathas (five chariots of Pandavas) and the shore temple, where a cultural event has been organized. 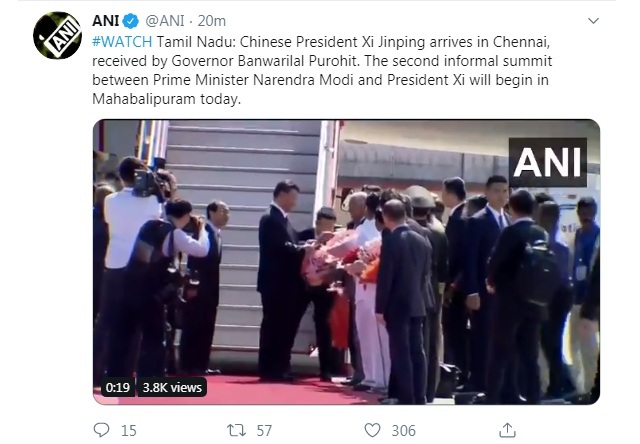 Prime Minister Narendra Modi and Xi Jinping will be holding their second informal summit at Mamallapuram in Tamil Nadu on October 12.  The two leaders will first have a one-to-one conversation, followed by delegation-level talks. 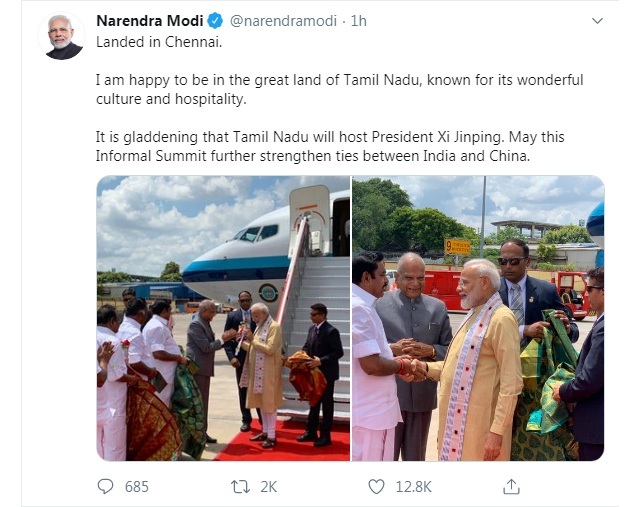 The two leaders are expected to conduct discussions on boundary disputes, trade issues and multilateral cooperation. The informal summit aims to strengthen ties between India and China.

Overall, the engagement between PM Modi and Xi Jinping is expected to be for 6 hours, out of which one on one meeting will be for approximately 40 minutes. Both the leaders are expected to issue press statements after their meet. No formal agreement is expected to be signed during the informal summit.

How is Mamallapuram preparing for the historic visit?

The entire city of Chennai and the whole coastal stretch of Mamallapuram has been placed under a tight security blanket, ahead of Xi Jinping’s visit.

The Tamil Nadu police has deployed thousands of security forces across Chennai and Mamallapuram. The state has also installed CCTV cameras at many places. Several roads, pavements have also been redone and many walls have been painted.

The Chinese President was received at the Chennai airport by Governor of Tamil Nadu, Banwarilal Purohit and CM K. Palaniswami along with other state officials. 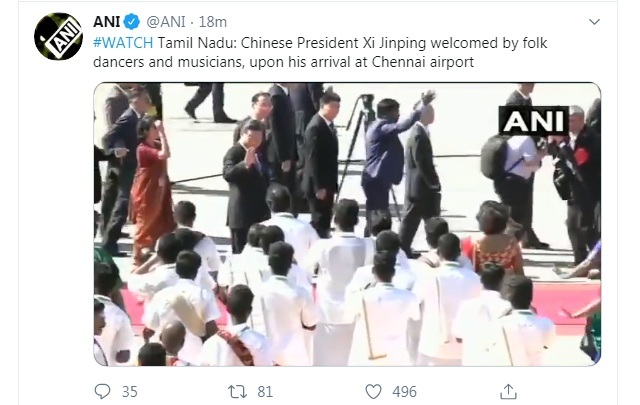 Besides this, students from several colleges and schools will be standing on the pavements and waving Indian and Chinese flags to greet the Chinese President while he is on his way to the hotel from the airport and then from there to Mamallapuram as a part of the welcome programme.

Mamallapuram is a Unesco World Heritage site, popular for its historic stone carvings and rock-cut temples that date back to the Pallava dynasty period.