As the Government during the Monsoon Session of Parliament will push for key bills to be passed, the opposition is geared up to corner the Center on a range of issues including farmers’ protest, COVID-19 pandemic, vaccination strategy, and fuel price hike. 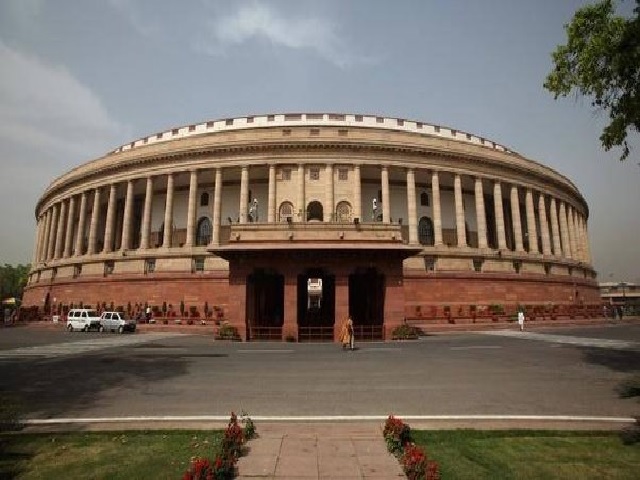 The session will also witness a confrontation between the Government and the opposition over raging issues of the farmers’ protest, COVID-19 pandemic, vaccination strategy, and fuel price hike.

As per the Lok Sabha release, the 6th session of the 17th Lok Sabha will start on July 19. Subject to the exigencies of the Government business, the Monsoon session is likely to be concluded on August 13, 2021.

The Monsoon Session will also be the first session of Parliament since the results of the Assembly polls in West Bengal, Assam, Kerala, Tamil Nadu, and Puducherry.

• As per the Ministry of Parliamentary Affairs, during the 19 sittings of the session, 31 Government Business items including 29 bills and 2 financial items will be taken up in the Monsoon session of Parliament. Six bills will be brought to replace the ordinances.

• Lok Sabha meet will be from 11 am to 1 pm and from 2 pm to 6 pm unless directed by Lok Sabha Speaker Om Birla.

• Four days have been allotted for the transaction of the private members' business, which will be taken up in the post-lunch session.

• The Lok Sabha speaker has also allocated days for answering the questions by the ministers in the rotational order.

All-Party meeting ahead of Monsoon Session:

Prime Minister Narendra Modi, after an all-party meeting held at the Parliament on July 18, 2021, said that he looks forward to a productive session during the Monsoon Session of Parliament where all the raging issues can be debated as well as discussed in a constructive manner.

More than 40 leaders from 33 parties had attended the All-Party meeting held at the Parliament.

The All-party meet also saw the participation of the floor leaders of all the prominent opposition parties, including Tiruchi Siva from DMK, Derek O’Brien from Trinamool Congress, Ram Gopal Yadav from Samajwadi Party, and Satish Mishra from the Bahujan Samaj Party.

All members to be given adequate opportunities during Monsoon Session: Om Birla

Om Birla, Lok Sabha Speaker, said that the Parliament represents the collective will and aspirations of the country.

He added that the house belongs to all the members and that he will give them ample opportunities, including the members of the single-member parties and smaller parties, to participate in the proceedings so that more and more issues of public interest can be discussed.

Day one of Monsson session of Parliament: What to expect?

On day one of the Monsoon session, Prime Minister Modi will introduce the newly inducted ministers to both the Houses.

This is the convention that is done after every reshuffle or expansion in the Union Council of Ministers. On July 7, 2021, PM Modi-led government had reshuffled its council of ministers.

Monsoon Session of Parliament: Full list of bills expected to be taken up

The time period during which House meets to conduct its business is called a session. The Indian Constitution empowers the President to summon each House at such intervals that there should not be more than a 6-month gap between the two sessions.

Hence, the Parliament must meet at least twice a year. However, three sessions of Lok Sabha are held in a year:

1. Budget Session: February to May