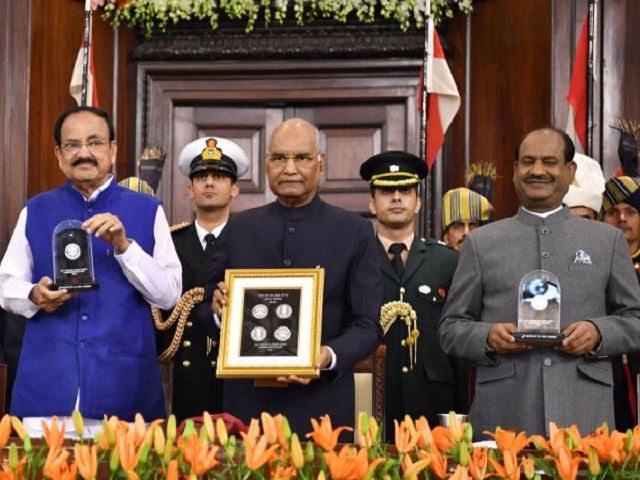 The President of India Ram Nath Kovind launched a web portal of National Youth Parliament Scheme on the occasion of 70th anniversary of the adoption of Indian Constitution. The President emphasized the rights of the countrymen as well as the duties.

President Ram Nath Kovind said that the adherence to constitutional procedures is above all the ideological differences. Kovind released commemorative coins and a special stamp of Rs 250 on the occasion of Constitution Day.

• Commonwealth Youth Parliament Programme was founded in 1911 with an objective to bring parliamentarians and parliamentary staff together.