The match was played at the Philip II Arena in Skopje, Macedonia. It was the first UEFA final staged in the country. 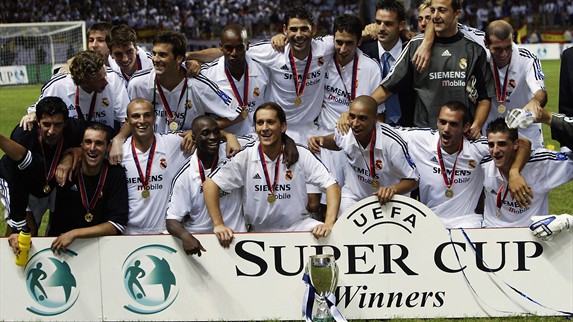 The match was played at the Philip II Arena in Skopje, Macedonia. It was the first UEFA final staged in the country.

Real Madrid’s Isco was declared the Man of the Match.

• The UEFA Super Cup is an annual football match organised by the UEFA.

• It is contested by the reigning champions of the two main European club competitions, the UEFA Champions League and the UEFA Europa League.

• The most successful teams in the competition are Barcelona and Italian side Milan, who have won the trophy five times each.

• The word Real is Spanish for Royal and was bestowed to the club by King Alfonso XIII in 1920 together with the royal crown in the emblem.

• The team is one of three founding members of La Liga that have never been relegated from the top division, along with Athletic Bilbao and Barcelona.

• Real Madrid was recognised as the FIFA Club of the 20th Century on 11 December 2000, and received the FIFA Centennial Order of Merit on 20 May 2004.