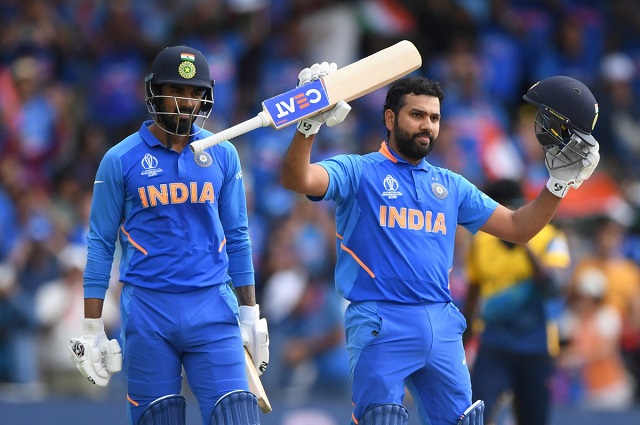 Rohit Sharma made 103 runs from 94 balls in India vs Sri Lanka world cup cricket match. This is Rohit Sharma's fifth century in World Cup 2019 and his third consecutive century.