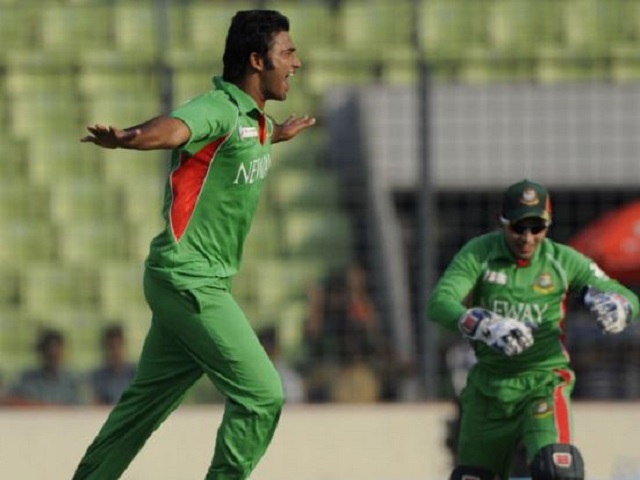 Bangladesh Cricket Board (BCB) banned fast bowler Shahadat Hussain for five years on November 20. He was banned due to a fight with a teammate during the match. He is accused of beating his own partner Arafat Sunny during a domestic match.

Shahadat admitted his mistake and punishment in front of the Bangladesh Cricket Board's disciplinary committee. This is the second unpleasant incident for Bangladesh cricket in the recent past. Earlier, former captain, Shakib Al Hasan was banned by the ICC on charges of indecent conduct.

What was the issue?

The incident took place a few days ago during the Dhaka and Khulna division matches. Shahadat asked Arafat Sunny, standing at mid-off during the bowling, to clean the ball from one side. In response, Sunny said that don’t you know how to maintain the glow of the ball. Meanwhile, Shahadat attacked Arafat. The other players separated the two by intervening.

Also Read | Google Stadia launch: Everything you need to know!

Minhajul Abedin, head of the BCB's technical committee, said that we decided to sentence him to five years while keeping in mind his past behaviour. The last two years of this ban will remain suspended. Shahadat could also be banned for life. Shahadat, who played 38 Tests and 51 ODIs for Bangladesh, spent nearly two months in custody in 2015 for allegedly torturing his minor domestic help. Bangladesh Cricket Board lifted his ban when he apologized in 2016.

Bangladesh’s star all-rounder Shakib Al Hasan has been banned for two years by the International Cricket Council (ICC). The ICC has given this ruling against Shakib for not being informed about contacted for match-fixing. As per the ICC, one of these two years will be suspended. Shakib was given one year of exemption in penalty because he admitted violating the ICC's Anti Corruption Code thrice.

Bangladesh Cricket Board (BCB) is the main governing body of cricket in Bangladesh. It was previously known as Bangladesh Cricket Control Board. BCB joined the ICC – International Cricket Council – as a full member on June 26, 2000. Shahadat has been found guilty of Level-4 of the Code of Conduct Rules. Shahadat also came into the limelight in 2018 because he allegedly beat up a rickshaw driver when his car collided with him in Dhaka. Shahadat played his last international match in 2015.