Transgender Bill 2019: The Transgender Protection Bill defines a transgender person as one whose gender does not match the gender that was assigned at birth. 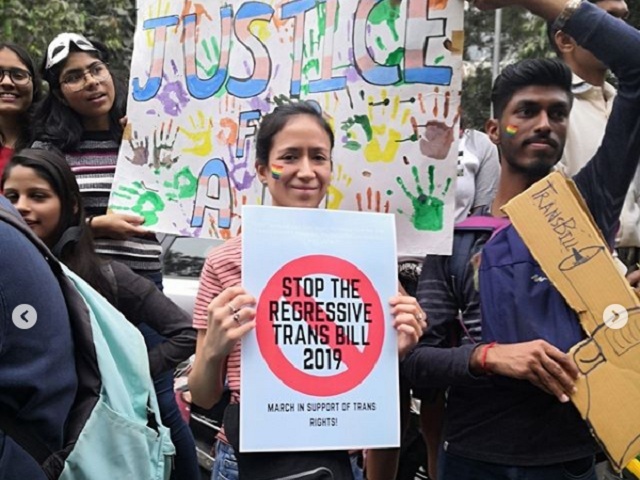 Transgender Bill 2019: The Transgender Persons (Protection of Rights) Bill, 2019 has been passed by the Parliament. The Rajya Sabha passed the bill without any amendments on November 26, 2019 by voice vote. The Lok Sabha had passed the bill earlier during its monsoon session on August 5, 2019.

The Transgender Bill was moved in the upper house by Minister for Social Justice and Empowerment, Thaawarchand Gehlot. The bill aims to protect the rights of transgender persons by granting them their due recognition and making welfare provisions for them. The bill will now be sent for Presidential assent, after which it will become a law. 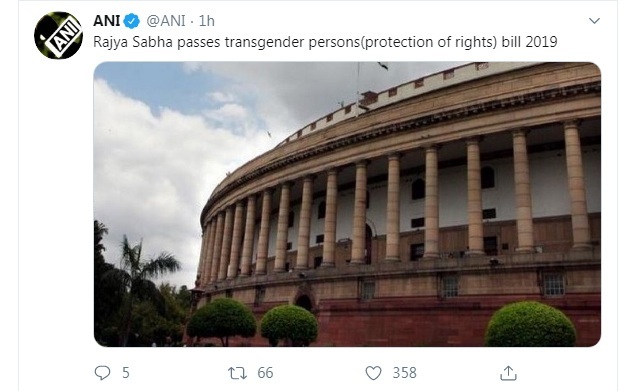 The Transgender Protection Bill defines a transgender person as one whose gender does not match the gender that was assigned at birth. The category of people includes trans-men, trans-women, gender-queers, persons with intersex variations and persons with socio-cultural identities.

The Transgender Bill prohibits discrimination and unfair treatment against transgenders in:

(viii) Access to government or private establishment in whose care or custody a transgender person is.

The bill also criminalizes denial of services or denial of use of public places to transgender persons and the removal of transgenders from a village or a household.

The bill recommends that a transgender person may submit an application with the District Magistrate to get a certificate of identity, which states the gender as ‘transgender’.

The bill also recommends that a person may obtain a revised identity certificate if he or she undergoes surgery to change the gender either as male or female.

The Transgender Bill proposes the establishment of National Council for Transgender Persons. The council comprising members from various central ministries, state governments, Niti Aayog and NHRC Governments will monitor the impact of policies, legislation and projects relating to transgender persons and address their grievances.

The transgender bill 2019 was passed by the Lok Sabha on August 5, 2019. Though largely there has been contentment that the Transgender Bill recognises the rights of the transgenders, there have been criticisms that point out the ‘technical shortcomings’ of the bill and hence, sought that it should be sent to a select committee for review.

The transgender community has also been protesting for the bill to be sent to a select committee as it fails to address the fundamental right of a transgender to determine his or her identity but rather it confers power to the District Magistrate to grant identity certificate to Transgender applicants.

The Bill does not include a provision that states what recourse a transgender person can take in case the District Magistrate refuses to recognize a transgender or refuses to issue a certificate of identity. It was also argued that the Bill takes away the right of self-identification of gender.

Objections were also raised on the bill’s silence on provisions relating to the right to marry and inheritance of property for transgender persons.